You're Hired, You're Fired! - CARP
Join Donate Sign In 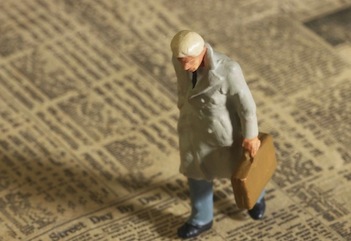 A 72-year old British Columbia man has lost a final bid for benefits he claims his employer and union denied him because of old age.

The Supreme Court declined to hear an appeal from Allen Forsyth, a former employee at Metro Vancouver’s Coast Mountain Bus Co., a municipal transit operator. Forsyth claimed he was denied full-time work and benefits when the company hired him as a part-timer at age 66, and dismissed him two years later.

Advocates for retirees had closely watched the case in the wake of the repeal of mandatory retirement policies, and the 2012 raise in eligibility for Old Age Security from 65 to 67.

“Where does this man go from this point?” said Susan Eng, vice president of advocacy for Carp Canada; “This loss in court is going to bolster employers’ confidence that they can get away with doing this.”

This article was published by Blacklock’s Reporter on November 19th,  2013.  To see this article and other related articles on their website, click here.

Forsyth was a retired power line technician who went to work for the transit company as a maintenance worker in 2007. Court heard Forsyth was hired part-time since he was over 65, but joined the Canadian Auto Workers Local 220 and was promised 25% of his regular wage in lieu of benefits.

The company dismissed Forsyth in 2009 citing “lack of work” – a claim he disputed – and his union subsequently declined to file a grievance since he was a temporary employee with no seniority, Forsyth said.

“It isn’t as if taking away a legal right to dismiss someone on account of their age meant people were going to stop doing it,” said Eng; “It used to be that people would internalize discrimination, and that’s wrong. You should no more internalize and accept discrimination for age than you should for colour, gender or religion.”

Both Forsyth’s employer and union denied wrongdoing. And subsequent arbitrators including the B.C. Human Rights Commission, B.C. Supreme Court and Court of Appeal dismissed his case.

“If you do fire someone entirely on account of age, that’s something the worker unfortunately has to prove – that it wasn’t on account of something else – and it’s almost impossible to draw those connections,” Eng said.