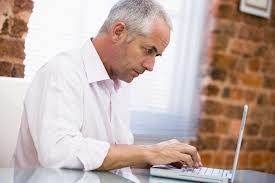 I’m a Boomer, which means I’m in the prime age for Facebook, the social network designed for randy college students (at Harvard, no less). If you’re my age, you have a Facebook profile, with a flattering picture in the right light (or worse, one of your dog) and a long list of personal information, including jobs, schools, books read, films liked, quotes, and all the fields that the young never fill in (if they ever use Facebook anymore, which they don’t).

If you’re on Facebook, most of your friends are your age and mostly what they post are wry e-cards about aging, pictures of grandchildren decorated with unrestrained goo and pass-along photos of animals and sunsets. That’s my experience, anyway.

Twitter is a different matter. You don’t share photos much on Twitter, and nobody cares who you are and you don’t have friends, just followers and people you follow. More like the real world, where Facebook is like home life. The 140 character limit on Twitter teaches good writing, I find, you learn which words don’t matter. You can say more with a semi-colon than you can with a preposition, German phrasing is your friend.

Apart from Voyager II and Rosanne Cash, I follow only journalists on Twitter, and most of my followers are journalists. I use Twitter for news, and as a result, I know everything about ten minutes before even the most up-to-date of you do. Twitter is the first draft of journalism, and journalism is the first draft of history. I learned Osama bin Laden was dead on Twitter about ten minutes before the crawl on the all-news station started going nuts, and easily half an hour before CNN made up their mind they weren’t being punk’d.

In short, Facebook has helped redefine how we stay in touch. No longer the form letter at Christmas, but regular photos and posts on Facebook; families may be closer than ever. I also use it as my life’s filing cabinet. All the newspaper reports based on my polls are posted on my Facebook page. It may be boring for my friends, but it’s the best solution to mortality – Facebook will be around a lot longer than I will, and so will my page, somewhere.

Then there’s the question of friends. I used to have hundreds, but they weren’t real friends, just people I knew online. I cut down my friend list to just those people I actually knew and saw, and unfriended the rest. I hope they didn’t notice, because it must be a terrible feeling.

With so much data flowing through our lives now, so much information to process, we may be taxing our cerebral storage. Facebook is starting to serve as my external hard drive already, and I can see a future where important key memories are stored off-board for security and ease of access. We’ll be able to wirelessly upload memories from our heads to our implanted microcomputers.

As thinking machines go, the human brain is pretty good, but long term memory storage does tend to decay and even short-term memory can be buggy when the Central Processing Unit is nearing obsolescence. I’ve got a huge data storage capacity and unlimited bandwidth, but even I’m beginning to reel under the load.

Passwords, starting protocols for the diesel engine on my boat, statistical significance tables, phone numbers (I can’t remember faces and I can’t forget phone numbers), all these things need to be stored. Einstein was once asked his address and said he didn’t know; he couldn’t afford to clutter his head with information he could easily look up. My aunt says she’s lost all her verbs; we need to learn to sort the clutter in our brains and take about 90% of it to storage.