Ready to retire? Leave the city and upsize in Niagara - CARP
Join Donate Sign In 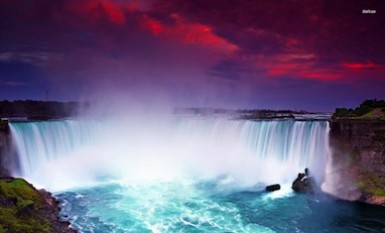 This is part of a series of stories on retirement and second home destinations in North America.

On weekends when Steve Goldberger takes the stage with one of his bands at a popular bar at the edge of this scenic town, he doesnt look back.

We moved here in 1994, Mr. Goldberger says. We used to come here a couple of times a year. My wife and I came here for a weekend to see some theatre and she said, I could live here. So I said, Why dont we? and six weeks later we bought a place.

Today Mr. Goldberger, 59, has the best of both worlds. He still maintains a home in Toronto where hes part of the music scene as a bass guitar player, singer and producer, and he still works part-time in the big city in his familys property management business.

This article was published by The Globe and Mail on February 25th, 2014. To see this article and other related articles on their website, click here.

But for at least half of each week, often more, Mr. Goldbergers life is in Niagara-on-the-Lake as a local musician of some renown. His country and western band, the Old Winos, plays every Friday night, and his bluesy Niagara Rhythm Section plays the same venue on Saturdays.

Mr. Goldberger is part of a fast-growing trend within an already growing demographic call them the not-quite-retired-but-getting-ready generation. These are active baby boomers who for either financial or lifestyle reasons continue to work, but want change.

We have a lot of people like this here now, says Thomas Elltoft, a local real estate agent.

One thing weve noticed is that the demographic has dropped in age our customers tend to be 35 to 55 instead of over 65, which is who we saw more when I got started.

The 431,000-strong Niagara Region, including St. Catharines, still has the second-highest proportion of seniors in Ontario (just behind Peterborough) 19.2 per cent according to the 2011 census. Its among the most senior-heavy populations in Canada, though some smaller centres such as Elliot Lake or Parksville, B.C., have larger proportions.

The region is changing, though, Mr. Elltoft says. Three years ago, one of Niagara-on-the-Lakes residential streets lined with stately Georgian homes had no children. Now I counted nine, he says.

Its the active near-seniors who are making a difference all across Niagara, says Walter Sendzik, CEO of the Greater Niagara Chamber of Commerce. Were seeing a lot of people coming from Toronto who are downsizing, people who are looking for a slower pace but close to the Greater Toronto Area. You can sell a home in Toronto for $700,000 and get a property [in some parts of Niagara] for $300,000. Its downsizing from the city but its upsizing in the rural area.

Newcomers to Niagara discover that while the pace is different, the region is hardly a bastion of white belts and blue rinse hair.

For entertainment, Niagara Falls, the heart of the region, with 81,000 people, is one of Canadas top tourist attractions; Niagara-on-the-Lake has high-end hotels and restaurants and the Shaw Theatre Festival and the region is also a centre for winemaking, with wineries hosting tastings, concerts and other events.

It isnt perfect, of course. Niagara-on-the-Lake, with 14,000 people, is crowded with tourists in summer, and skyrocketing rents on the towns main street mean that many service-type businesses have been replaced by higher-end tourist shops.

There used to be more normal stores that you could walk to, Mr. Goldberger says. Mr. Sendzik says that the lack of a cohesive public transit network is a chronic problem across the region; most families have trouble getting by without a car.

Real estate prices are rising in Niagara-on-the-Lake Mr. Elltoft says there was a 10-per-cent jump last year as well as in seemingly unlikely places such as Welland, where a sparkling new aquatic sports complex for rowing, canoeing and kayaking has been built for the 2015 Pan Am Games. But its still hard for young people to find good jobs in many areas.

Were seeing in-migration of older people settling down and out-migration of younger ones who cant find work, Mr. Sendzik says. You can get a good entry or mid-range job in Niagara but once you hit a certain level you can be limited.

For a senior and near-senior population, health care in the region has been an issue, too. A new hospital has opened in St. Catharines, and earlier this month the Ontario government announced that it will replace an aging patchwork of medical facilities with a new hospital in Niagara, with the exact location still to be determined.

The region is close enough for people who have to get to work in Hamilton or the Greater Toronto Area to settle, and in any case, technology lets many people work without having to go to an office, Mr. Elltoft says. He adds that business travellers often use Buffalo International Airport, which is cheaper and closer than Toronto Pearson.

The best things, Mr. Goldberger says, are the intangibles.

I would say that I have more friends and better friends here than I do in Toronto now, he says. And the first time I got stuck on a bridge [one of the drawbridges across the Welland Canal] I said to myself, Oh, Im late.

Then I realized, I wasnt late for anything.

What makes a community a good place to retire? It will be different for each community, says Susan Eng, vice-president for Advocacy at the Canadian Association for Retired Persons (CARP).

Canadians are more and more urbanized, so we speak about age-friendly cities. We look at all the issues mobility, health care and affordability.

In Ontario, Toronto and Ottawa, based on sheer size, are obvious retirement magnets. But the Greater Toronto Area and National Capital Region can be costly. Smaller centres such as Elliot Lake, Cobourg, Tillsonburg, Collingwood and Hawkesbury have the highest percentage of seniors, and the area with the oldest median age (54) is Haliburton.

Many mid- and larger-sized communities are becoming retirement centres, too. Here are Ontarios top nine, based on the proportion of seniors in each community according to the 2011 census:

1. Peterborough  Its close to the Kawartha Lakes cottage country, just over an hour from Toronto, is the home of Trent University and has a metropolitan area population of nearly 119,000. Peterborough has the highest proportion of seniors (19.5 per cent) of any major centre in Canada.

2. Niagara Region (including St. Catharines)  Just an hour and a half from the GTA (depending on traffic) and with the falls, wineries and theatre, Niagara housing is still relatively affordable. The health-care system is being renovated with new facilities; transportation without a car can be a challenge.

3. Thunder Bay  The Lake Superior shore is breathtakingly beautiful and its the home of Lakehead University. The weather is, well, robust, and residents should be comfortable living far from other cities.

4. Kingston  New condos are springing up in Kingstons stately downtown and along the shoreline, and the city is right along Highway 401 and the Windsor-Quebec City-Ottawa rail corridor. Seniors who like peace and quiet might want to stay away from the Queens University student ghetto in the centre of town.

5. Greater Sudbury  This area remains affordable and, with the cleanup of acid rain since the 1980s, a lot of its natural beauty has returned.

6. Hamilton  Steeltown has been acquiring a post-industrial, hipster reputation of late, and the region includes attractive communities such as Burlington, Ancaster and Dundas.

7. Brantford  Tucked along the Grand River, the city of Gretzky and Graham Bell has good highway connections to both the GTA and southwestern Ontario, as well as a satellite campus of Wilfrid Laurier University.

8. London  Its quiet, has good medical facilities, a well-respected university and there are great parks and golfing in the area. Its also close to the Stratford Festival, and housing is relatively affordable.

9. Windsor  A tough recession and successive downturns in the auto industry have made Windsor highly affordable. With signs that long-delayed plans for a new Canada-U.S. bridge are about to move forward, Canadas busiest border crossing can be an affordable retirement choice.

© The Globe and Mail
Do you currently live or have plans to move to these cities?

If so, please be in touch with Elise Kayfetz, Community Development Officer at CARP if you are interested in getting involved with your local CARP Chapter.

Chapters are a great place to meet like-minded individuals and get involved with CARPs advocacy mission. Click Here for more information about CARPs Community.