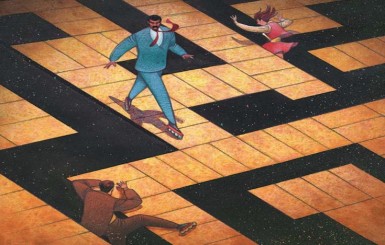 It seems like a good time to pause and reflect on fraud awareness and investor protection this week after all, March is fraud awareness month.  Some of you may recall Earl Jones, Canadas very own Bernard Madoff.   This Ponzi-scheming fraudster swindled more than 150 senior citizens (among them his own brothers widow) out of their life savings and bilked a grand total of $51.3 million from clients between 1982 and 1999.   After pleading guilty to two charges of fraud in 2010, he was sentenced to 11 years in prison.  Yesterday, on March 20th 2014, he was released from prison after serving only four years of his sentence.

It goes without saying that his victims are disappointed but at least the person who defrauded them was prosecuted.  Not all victims of investment fraud are successful in seeing their case brought to trial.   Since Canada’s approach to fraud investigation can be complicated and sometimes disjointed, many victims fall through the cracks.

Investigating fraud can fall under the purview of either the RCMP, provincial police forces, municipal forces and/or 13 provincial-territorial securities commissions.   What we have is a combination of over-lapping mandates, high demand and thin resources.  The resulting outcome is that the higher-profile cases (those that attract the most media attention) tend to be favoured by investigators and prosecutors alike, and the smaller cases can often fall through the cracks.

Canada presents a somewhat embarrassing spectacle at the International Organization of Securities Commissions.  Of the 107 countries represented by the organization, Canada is the only one without a delegate in attendance armed with the mandate or power to agree to anything on our behalf.   Instead, two provincial regulators from Ontario and Quebec have a seat at the table.  The provinces have been regulating securities for as long as there have been securities, and as a result we currently have 13 different sets of securities regulators and regulations;thats one for every province, every territory and, somewhat inexplicably, a Canadian regulator that does not have dominion over Canada.
To make matters yet more complicated, it can be extremely difficult for the police to determine if there has been a legitimate crime or if someone invested recklessly.  A proper investigation can sometimes require a team of professionals with specialized skills: forensic accountants, lawyers, special investigators and if the defendant arrives with a large legal team in tow, it can be quite daunting for a Crown Prosecutor who is not accustomed to white-collar crime.

Fortunately, there is a growing recognition for the need to do better job of protecting investors and some steps are being taken towards that goal.   The Cooperative Capital Markets Regulator announced in September 2013 is certainly a step in the right direction.  The federal, BC and Ontario Ministers of Finance have agreed to cooperate but the extent of the plans and dedicated resources is not yet entirely clear.  Click here to see CARPs recommendations for the Cooperative Capital Markets Regulator.

Its also clear that we need to do better: our last poll revealed that one third of CARP members had suffered losses after having received poor/inappropriate investment advice.  CARP members were clear about the fact that they want to see legislated fiduciary duty for financial advisors as well as a centralized dedicated agency with the power to investigate, order and pay restitution as well as assist prosecution.   Click here for more details on CARPs consumer and investor protection framework.  While it is unlikely that we will be seeing a National Securities Regulator any time soon; the Supreme Court of Canada has declared the NSR unconstitutional.   Despite the recommendations of numerous commissions and experts over the past 40 years, previous attempts by the federal government to implement a single regulator have broken up on the rocky shoals of constitutional squabbling.

But it is clear that the current situation in untenable the newspapers are filled  with stories about smart, capable people who were neither reckless nor stupid, people who played things by the book but who will never get their money back because investigatory and prosecutorial resources are insufficient.  We cannot expect to offer credible investor protection until we make it a priority.

We should be working on:

CARP is following this file closely and we will keep you up to date.