Which Way to the Couch? - CARP
Join Donate Sign In 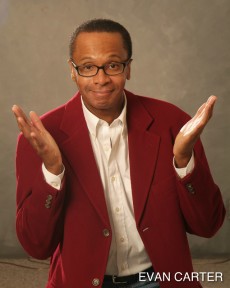 What age were you when you realized the beauty of a nap? 30? 40? 50? Can’t remember because you were tired?

I don’t know when I first felt the warm embrace of an afternoon nap. I’m not a great sleeper at night, by noon I’m exhausted. One day when I was dragging my butt around the house, I heard an inner voice say “Why don’t you lay down and have a nap?” “I cant do that.” I announced. “That’s against all that is wholesome and flies in the face of the fine principals North America was founded upon.” The Pilgrims never allowed napping. Their idea of relaxing was watching someone get pilloried in the town square or burned at the stake as a witch because they predicted rain. When you have “grim” right in your name you’re bound to take a dark view of napping. A siesta would have provided cooler heads all around. The Pilgrims were idiots.

An afternoon nap clears your noodle, and allows you to think straight for the rest of the day. Let’s face facts, if it wasn’t for naps when we were babies our brains wouldn’t have developed to their full potential. In one survey done in the US 41% of men 50 and older say they’ve had a nap in the last day compared to 28% of women in the same age group. A short nap of 20-30 minutes can help to improve mood, alertness and performance. Winston Churchill and Albert Einstein took naps. John F. Kennedy took naps. He may not have been alone, but he knew the value of a little snooze in the afternoon.

Who invented the nap? Confucius? Did Buddha find enlightenment by laying down around 2:30 in the afternoon waking up 20 minutes later, hopping off the hammock and delivering “We are shaped by our thoughts; we become what we think. When the mind is pure, joy follows like a shadow that never leaves.” BAM! Coffee doesn’t snap you into shape like that, nor does working 13 hours straight followed by eight gin and tonics. You have to rest to come up with that beauty.

As a group Boomers worry when we forget someone’s name, can’t physically do what we were able to do 20 years earlier. Panic sets in followed by the dreaded spiral of doom. Getting depressed, questioning our worth to family, friends, the planet, are not ways to fend off the clouds…Take a nap.

Evan Carteris a Toronto based stand-up comedian, show host, MC and the latest contributor to CARP.ca. He was one of the first guests on TheZoomer television show on VisionTV and will be a regular contributor to our website. You can reach Evan at[email protected]

Dress Your Age, Not Your Shoe Size

A couple of weeks ago I was driving from Toronto to Sudbury. A trip of about 3 1/2 hrs, and one that I used to make in one shot. Now, a stop for food and liquid is required and then to stop to get rid of everything from my previous stop. But that’s another story…Standing in yet another Tim Horton’s lineup I realized that many of my fellow travelers whether they arrived by car, bus or 18 wheeler, dressed as if they were lining up to buy tickets for the “Much Music Video Awards” or the “World X Games”.

Not a bad thing for those of the 14 – 25 age bracket. However my guess is all of these folks could go on for a good period of time talking about how cute Topo Giggio was, and where they were when Canada beat the Russians for the first time in hockey.

Before you tee me up and brand me as a stuffy old fart, I fully realize and appreciate the fact that we dress very different from our parents when they were our age. We’ve seen the pictures, and have the pictures. On our mantles, pianos, coffee tables. Photographs of mom, dad, various aunts and uncles. All together, at whatever family function that had us planted at the dreaded kids table. The adults were in dresses, suits, and shirts with collars for god sake. Although I do remember one kid’s mother who thought she was Nancy Sinatra. Other than her, nobody had a pair of jeans or running shoes within miles of the place. Now it’s not unusual to see mother/daughter shopping teams, moving through a mall like locust through a wheat field. I must admit, some Boomer moms have a WOW reading way up the Richter scale. However do they HAVE to do it in a Brittany Spears top, mated with low slung sweatpants with “PINK” written across the keester? Boomer guys are no better, isn’t there a cutoff age for wearing your hat backwards? Slothing along in baggy camouflage pants, an “Xtreme Fighting” T shirt and a Miami Dolphins ski jacket.

Good lord!! You’re 55 and not anywhere near the “Coors Lite” commercial you believe your life has become. Come on man, put on a pair of pants that aren’t held up by a drawstring!

Designers have done an amazing job creating clothes that make us look great and not like a mid-life train wreck. We’ve done an outstanding job on ourselves. Staying in shape, looking younger, and living longer than previous generations. Why can’t we combine great clothes and great health? Do you think mom and dad had it right?

Things start to happen to us boomers as we get older. Things that are not discussed on TV (Dr. Oz get on it), or on the covers of magazines that assault your eyes while standing at the checkout of your favourite grocery store. Why does nature have to be so cruel?

I’m 57 years old, which would have me living on borrowed time if this was 1873. But in 2014 at 57 I’ve still got baby fat. Unfortunately that baby fat has shifted from my cheeks to my mid-section. People say “you’re tall you can carry it.” A snake with a hernia, there’s the look I want. Just what the public wants to see. A 6’3” guy with his pants pulled up to his armpits.

I eat right, lots of fruits and vegetables, no processed stuff, and a reasonable amount of red meat. You know everything in moderation. Exercise? I’m fairly active. Go to the gym, walk the dog, eat with a knife and fork. But I ask you, is there supposed to be hair growing out of the tops of my ears? A little bit inside, sure. But on top? Cruel! Nostril hair that grows at twice the speed of light. Never the same length or colour. Always that one grey one that shoots straight out, and on a windy day does an interpretive dance for whomever you’re talking too. My right knee gave out on me the other day while I was making a sandwich. I get “dear” and “hon” from waitresses…okay that I like, but the other stuff, phooey! 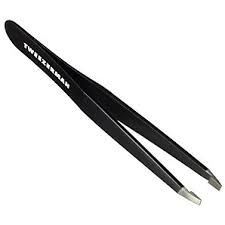 I guess this was bound to happen. For years I never gave it much thought and if I did, I didn’t think it would happen to me. Those kinds of thing only happened to others. You know those others? Ya them! It’s not supposed to happen to me, not in me backyard.

We were part of a generation that kicked butt, and took names. Questioned authority and made huge changes in the world…You know just like everyone who came before us.

So I guess the hairy ears, nostril hairs dunked in Miracle Grow, and shifting tides of waistlines let us know that boomers are human. Shucks I thought we were special? We are, but don’t tell the others. They’ll be jealous.

Now where did I put my tweezers?