The Middle-Aged Guide to Growing Up: On The Beach - CARP
Join Donate Sign In

A. Boomer is a CARP member who shares his experiences growing up middle aged, every two weeks in the CARP ActionOnline newsletter. He is back by popular demand with his new blog, The Middle Aged Guide to Growing Up, after completing his previous blog, the Caregivers Diary, which concluded upon the death of the parents for whom he cared. He deals with his finances, health, food and all the problems Boomers experience as they discover theyre actually going to grow old. 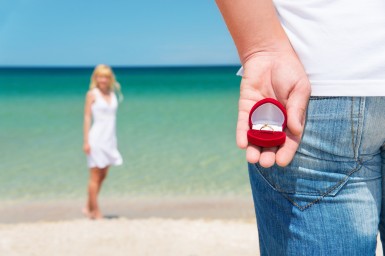 A. Boomer is a CARP member who shares his experiences growing up middle aged, every two weeks in the CARP ActionOnline newsletter. He is back by popular demand with his new blog, The Middle Aged Guide to Growing Up, after completing his previous blog, the Caregivers Diary, which concluded upon the death of the parents for whom he cared. He deals with his finances, health, food and all the problems Boomers experience as they discover theyre actually going to grow old.

Im a Boomer, old enough to remember when Lyndon Johnson sent the Marines to the Dominican Republic to openly overthrow a leftist leader, the last time the US pulled a stunt like that until Iraq. I dont know how the history of the Dominican Republic might have changed if that hadnt happened, but it was a nice, stable, well-governed country when I visited with my whole family, and my girlfriend, and everybody elses girlfriends and wives one Christmas in the 80s.

It was going to be an experiment; to see if we could get our fractious and argumentative family to co-exist for two weeks by the expedient of holding the event on neutral territory, ie: in the Caribbean. We rented a big villa with a maid on the north coast, in what was then the sleepy seaside village of Puerto Plata (yes, I know, condos and hotels now). We rented two miniature Japanese vans, Daihatsus, the kind that are too small and flimsy to sell in North America. We also had 5 motor scoters, one for each couple.

The oranges came in $10 bags of fifty pounds. The rum in $5 quarts. Rum and orange juice was the order of the day, every day. No one was ever really sober. Cigars were $10 a box, and as I was the only cigar smoker, I got everyone to take their duty-free allotment when we flew out. I had cigars for months.

Christmas passed with little notice. I think we went to the cockfights that night. I bet profusely and won substantially, pissing off the Dominicans I was sitting with. The night we were waiting for was New Years Eve. We had a big dinner planned, and I had a special surprise.

I had asked my mother to bring along her mother-in-laws engagement ring, an intricate filigree with three pre-South African diamonds from India. It was inscribed inside the band with the date of her engagement, three months before the Titanic sank. I was going to ask my girlfriend to marry me. Everybody in the family knew except my girlfriend, which was tactically rather unwise in that, had she said no, I wouldnt have been able to go back to the villa.

My plan was to take her out for dinner on the scooter, then go to a cove near the house where the surf crashed in to watch the town fireworks. Id pop the question at midnight.

We had dinner at the only high-end hotel in town (not very good, and definitely not as good as the cafe we ate breakfast at every morning). I asked at the bar for some Champagne or sparkling wine, a bottle to go. Sorry, Senor, were all sold out. Its the Ano Nuevo, after all. We got on the bike and scooted to most of the restaurants in town. We finally found a bottle of sparking apple cider.

We cruised down to the cove, which was, as we expected, deserted. As midnight neared, we waited for the fireworks. I fingered the ring in its box in my pocket. In the middle of the fireworks, I got down on one knee in the sand, presented the open ring box, and asked will you marry me?. My girlfriend was shocked (and a bit appalled), and totally unprepared. She said Yes, well, I suppose yes, do I have to answer now?. I was about to untangle that when we realized we were being watched.

There had been a scare from over the border in Haiti. More migrants arriving on boats, trying to land on the beaches at night. The beaches were guarded some nights, and here was this beach’s guard – a nineteen year old Dominican conscript in an ill-fitting uniform, carrying an M-16 and blind, staggering drunk.

We waved the gun at both of us and told us to stand up and come into the moonlight. I explained that this was my novia, my fiance, that we had just gotten casada, engaged. This didn’t brighten his demeanor at all, in fact it seemed to drive him deeper into his drunken funk. He was waving the automatic erratically in our direction and I was really wishing he wouldnt. The inevitable end to the standoff occurred with the transfer of a ten dollar bill. He stumble off, satisfied had guarded his beach. We breathed a sigh of relief and raced back to the villa on the motor scooter.

When we got there, at about half past midnight in the New Year, the entire family, with girlfriends and wives was there, of course, all up, drinking rum and waiting to hear the outcome of the proposal. Its a good thing it was successful, or that would have been a very embarrassing evening, instead of just a mildly embarrassing one. That was 30 years ago and I’m still married, so maybe the drunken soldier was our good luck charm.