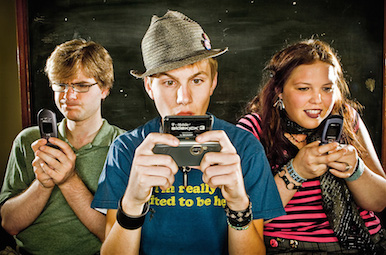 Eye wood bee allot happier with Spellcheck if their whirr sum weigh two no fur sure that eye half knot maid a mistake wen eye right.

Too bee honest, it did sea too mistakes inn the above: “maid” and “wen”, and both “bee” and “inn” in this sentence.

Of course, this is not entirely Spellcheck’s fault, as the English language is noted for what some might call annoying inconsistency, and others glory in the abundance of choices in a language which has roots in a plethora of other tongues, starting with Celtic (spoken by Angles and Saxons, who ventured forth from Denmark and Northern Germany). They spoke what we now call Old English, and which would be pretty much beyond our capabilities to understand. Still, about half the words we use are derived from Old English. Even during the time of the Roman Empire, locals still spoke Old English. However, if you dip into your grandmother’s copy of the Oxford English Dictionary, it lists a number of words with Latin roots, so that language did seep into the local culture.

It was the Norman Conquest that introduced Norman-French into the mix. Remember 1066? (Do you also remember the book, 1066 And All that? Now that’s a history book I really enjoyed!) The upper crust populating the Royal Court, courtesy of William the Conqueror, spoke French, as did the members of the business class, while the rest of the folks spoke English. Gradually English gained the upper hand (upper tongue?) but with lots of French mixed in. That’s the language of Chaucer, a challenge for modern readers to decipher.

Early Modern English reigned from around 1500 to 1800, and the invention of the printing press meant many more people had access to books and papers from other parts of the world, at least for those who had the opportunity to learn to read.

And now, here we are in 2014. In the last three centuries the Industrial Revolution, travel, the technological advances have added huge chunks of vocabulary to English and to other world languages.

While wordsmiths revel in a huge choice of words for their literary revelations, others communicate using technological shorthand that those of us over the age of….(your choice here)… would find harder to translate than even Chaucer. To some of us (I hasten to exclude those “older” readers who are adept at social media), a hash tag is the label you put on the left-overs before you pop them into the freezer. Birds still tweet and twitter. And don‘t even ask me what (: and or (= ? means

Still, we carry one, trying to keep up with modern phenomena while warning our grandkids that over use of social media causes decreased ability to understand real-life situations; and Twitter short-hand will result in the inability to actually spell. That will lead to reliance on SPELLCHECK. And that brings us back to the beginning of this cautionary tale, which will have about as much effect on the kids as our parents’ worried warnings had on us. Plus ça change….