The Middle-Aged Guide to Growing Up: Things Get Real - CARP
Join Donate Sign In
3 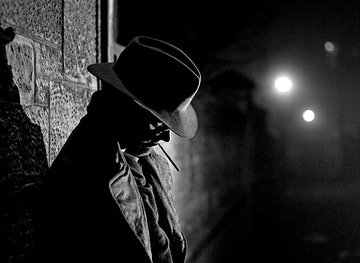 A. Boomer is a CARP member who shares his experiences growing up middle aged, every two weeks in the CARP ActionOnline newsletter. He is back by popular demand with his new blog, The Middle Aged Guide to Growing Up, after completing his previous blog, the Caregiver’s Diary, which concluded upon the death of the parents for whom he cared. He deals with his finances, health, food and all the problems Boomers experience as they discover they’re actually going to grow old.

Regular readers of this blog will know it’s occasionally humourous, rarely insightful and mostly about lots of nothing. My intent was to write about the travails of growing old as a Boomer, but after a few desultory entries about my doctor and my diet, I started to treat the Middle Aged Guide to Growing Up as a first draft of my memoirs. Anecdotes, stories, portraits, accounts of my travels, these now populate these pages. It’s become less and less consequential the more entries I write, and I’m running out of funny stories. Now, however, I have something real to write about. Something important.

I became hoarse this summer. It was annoying, and I couldn’t quite sing as well as I used to, but I thought little of it. I’m a chain smoker of 45 years practice, and I get hoarse occasionally. I always told myself that my Grandfather chain smoked until he was 87 then died of old age (which is true), and that I would have a similar resistance to the ravages of tobacco. I’m skinny, I have low blood pressure, good lungs and a good heart. I wasn’t designed to be a victim.

I had my annual physical in September and mentioned the hoarseness to my doctor. She took a look, then said it didn’t appear serious, but that she’d refer me to an Ear Nose and Throat man. That appointment took about a month, so it was late October before I saw him. In the meantime, my physical yielded a picture of robust good health, as usual. And, as usual, my doctor asked if I was ready to quit smoking, and I said no. I like smoking, I like the ritual, the lighter play, the legerdemain of cigarette handling.

I went to see the otolaryngologist and he put a thin camera down one nostril, told me to be still and took pictures, He took them away to look at and came back non-committal. “You have white plaque on your vocal cords. I’m going to refer you to an specialist at St Mike’s” He didn’t attempt to identify the plaque, tell me how it got there or explain any more than that. This should have been my first clue.

Of course, I wiki’ed plaque on vocal cords as soon as I got home, and came up with something called “leukoplakia”, caused by smoking and drinking, and cured by cessation of same. This sounded fairly innocuous, so I didn’t worry too much.

I had my appointment with the Otolaryngologist in mid-November, a lovely young doctor in her twenties. She put a camera in my throat, put the show up on the computer screen and we both looked. The white crust on one vocal cord was quite apparent, and the other one was about half as bad, There was a lump on each. I started to get a nasty feeling.

She was very kind to me, too kind. She said “There’s two possibilities. Either it’s dysplasia of the vocal cords, which is pre-cancerous, or it’s cancer. I need to do a biopsy right away”.

She said I had two courses of action if it was cancer, radiation or surgery. If surgery, she could do it at the same time she did the biopsy, while I was under general anesthetic. There was a catch. With surgery, there were “poor vocal outcomes”. I said “I lose my voice forever, right?” She said it would definitely not be as good as in the past.

I’m an actor, I live by my voice. When I got home, and my wife called to find out how it had gone, she asked “But what about radiation? Does that ruin your voice too? Why does the doctor want you to have surgery so quickly? I think we need a second opinion”. I wish my wife had been there with me, she is trained at ferreting out essential unsaid information, especially from doctors (she had lots of practice while her father was dying).

The worst part was I had to quit smoking. That scared me more than cancer did. Like I said, I love smoking. And it isn’t just cigarettes, two high points in my day are a cigar after lunch and one after dinner. And I smoke pot. The pot wasn’t going to be a problem, I could just cook with it and eat it. You can’t do that with a fine Havana puro, though…

A store had just opened at the bottom of my block. Sleek, pop up, minimalist, white, uncluttered, digital, all it sold was electronic cigarettes and e-cigarette “juice”. I had always thought e-cigarettes ridiculous, but these were desperate times which called for desperate measures. The owner asked about my smoking habit (heavy) and brand (Camels), and recommended a system. Two heavy duty batteries, one to use while the other charged, two atomizers, the tube which holds the “juice” and the vaporizer nozzle. And a bottle of menthol juice and one of Turkish tobacco flavoured juice. Both had fairly high nicotine concentrations, but nothing else besides glycerin and propylene glycol, a tasteless, colourless food additive.

He put together the e-cigarette, loaded it with the Turkish tobacco flavoured juice and asked me to puff on it. I did, I coughed, and I was converted on the spot. I think I smoked one more pack of cigarettes once I had purchased the e-cigarette. It delivers nicotine, which, although extremely habit forming, is otherwise harmless, and nothing else, and it does it very efficiently. It has no smoke, just vapour which dissipates, it has no carcinogens, and it has no ashes. Comparing an e-cigarette to an “analog” cigarette is the difference between a buggy and a Benz.

OK, so I have conquered smoking (at least the tobacco part – I’m supposed to switch to weaker and weaker nicotine concentrations to wean myself off it altogether). I just gave up cigars, just like that, although with the same quiet internal promise to myself that I made about my vintage Bordeaux in the basement – that I might just take them up again if I made it to 80. Such is the triumph of human hope. I’d discovered a way to distill my pot down into e-cig juice, so that was covered as well.

All I had to do now was wait a month and worry about losing my voice. It is, however, a measure of the serious nature of the diagnosis that I got an operating room in just one month in Ontario, where wait times average 6 months. Serious as it was, the prognosis was good. The survival rate for Laryngeal cancer is north of 90% if caught early. I’ve always had “medium luck”; nothing great ever happens to me, but nothing too terrible happens either. I was counting on my medium luck now.