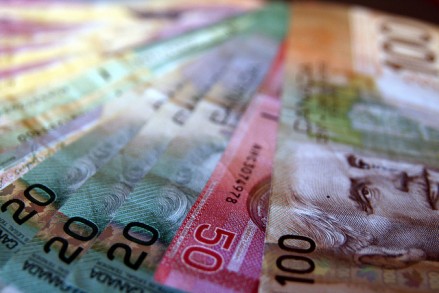 CPP benefits will increase by 1.8 percent for those already receiving CPP benefits. For 2015, the maximum CPP retirement benefit for new recipients age 65 will be $1,065.00 per month. This increase is calculated on the average yearly maximum pensionable earnings for the last five years. The new CPP rates will be in effect until December 31, 2015. CPP benefits are revised once a year, in January, based on changes over the 12-month period (November 2013 to October 2014) in the Consumer Price Index (CPI), which is the cost-of-living measure used by Statistics Canada.

OAS benefits, which consist of the basic OAS pension, the Guaranteed Income Supplement (GIS) and the Allowances, will remain the same for the first quarter of 2015 (January to March). As of January 1, 2015, the basic OAS pension will stay at $563.74 per month. OAS benefits are also based on the CPI, but are reviewed quarterly (in January, April, July and October) and revised as required to reflect increases in the cost of living as measured by the CPI. Although OAS and CPP benefits are not indexed at the same time, they are both adjusted with the cost of living over a given year.

The CPP is a stable, well-designed plan that is portable from province to province and fiscally sustainable over the long run. The Chief Actuary of Canada has confirmed that the CPP is financially sound and is fully sustainable for generations to come.

The OAS is funded through general tax revenues and provides a basic monthly income for Canadian seniors. The GIS and the Allowances provide additional income to low-income pensioners, their spouses or common-law partners, and eligible survivors. 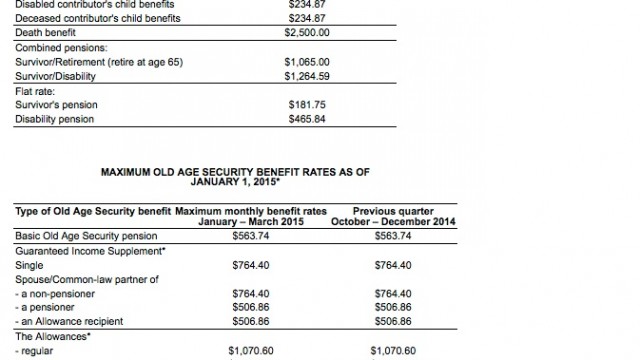