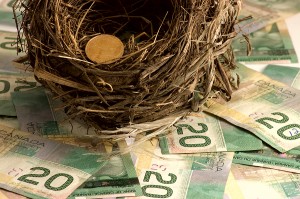 Below is an article published by Ottawa Citizen on April 22, 2015. Click here to read the article.

The Conservative government’s 2015 budget offers up billions of dollars in new financial relief to Canadians.

The new measures are on top of the billions in tax cuts, including income-splitting for families and an enhanced Universal Child Care Benefit that were previously announced but rolled out again in the budget.

Here is a look at some of the financial relief announced Tuesday:

The Conservatives are fulfilling a 2011 election campaign promise to increase the annual contribution limit in TFSAs to $10,000 from the current $5,500, now that the budget is balanced. The change is effective for the current 2015 tax year and the new annual limit will not be indexed to inflation.

The government expects the move will cost the federal treasury about $1.1 billion in lost revenues between 2015-16 and 2019-20.

There were approximately 10.7 million TFSA holders in Canada at the end of 2013 (most recent statistics), with about 40 per cent of adult tax filers having a TFSA.

Increasing the TFSA contribution limit will be particularly popular with seniors and well-off Canadians, who are often more easily able to contribute to it. About 1.9 million individuals contributed the maximum amount to their TFSAs in 2013, with about 46 per cent being seniors and more than 70 per cent people aged 55 and older.

The parliamentary budget officer and a number of economists, however, have said that TFSAs are regressive because they largely benefit well-off Canadians.

The government is lowering the annual amount that seniors must withdraw from their RRIFs.

Currently, a senior is required to withdraw 7.38 per cent of the RRIF in the year they are 71 at the start of the year, with the withdrawal rate increasing each year until age 94, when it is capped at 20 per cent.

The amount seniors will be required to withdraw from their RRIF will remain capped at 20 per cent at age 95 and older. The changes are designed to help reduce the risk of seniors outliving their savings.

The new RRIF rates apply for the 2015 and subsequent tax years. The move is expected to cost the government in the range of $140 million annually.

Susan Eng, vice-president of advocacy for CARP, a group representing retired Canadians, said the changes to RRIFs are a big help for seniors. “That’s huge. Obviously we still want the rules gone altogether, but this is a major improvement,” Eng said.

The Conservative government is promising to spend up to $37 million annually to extend employment insurance compassionate care benefits for caregivers from six weeks to six months. The changes would be effective as of January 2016.

The compassionate care benefits provide financial assistance to people who are forced to be away from work temporarily to care for family members who are gravely ill or dying.

Gabriel Miller, with the Canadian Cancer Society, which had urged the government to extend benefits for caregivers and patients, said the change “is an important step in the right direction.”

Families going through an incredibly difficult time fighting a life-threatening disease now won’t have to worry as much about losing all of their income, he said.

The government is proposing a new, non-refundable home accessibility tax credit for seniors and persons with disabilities that will provide tax relief of 15 per cent, up to $10,000 of eligible expenditures per calendar year, per individual, to a maximum of $10,000 per dwelling.

The credit could be claimed on costs incurred to renovate or alter a home in order to provide better access to it or greater mobility inside, such as wheelchair ramps and stairlifts.

While reducing taxes for Canadians, the government is also vowing to further ratchet up its efforts to chase down tax cheats in an effort to collect the revenues it is owed.

The government proposes to spend $118.2 million over five years so the Canada Revenue Agency can better combat the underground economy – a growing problem that has been flagged by the auditor general and may be costing the government billions of dollars in lost revenue. The cash will be used to improve audit efforts and create additional underground economy specialist teams.

The Tories are also promising $25.3 million over five years for the CRA to increase its efforts to combat international tax evasion and aggressive tax avoidance, including hiring new auditors.