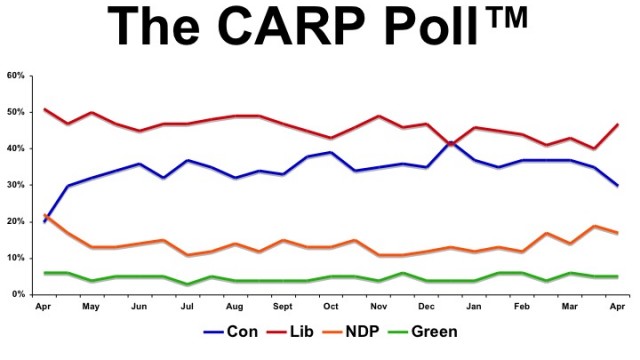 April 24, 2015: One half of members receive home care or know someone who does, and those who do rate the quality of the care received as somewhere just between “good” and “fair” on a four point scale. On average, recipients waited 31 days for an initial assessment, a further 20 days for home care to start and all this despite an expectation that home care should begin with 10 days, on average, from the initial assessment and that this should be the subject of firm guidelines.

While few have an opinion, those who do assume home care has gotten worse in Canada, not improved, in the past decade, and most say it is difficult getting information on availability and qualifying criteria, items most are not familiar with.

The vast majority want home care administered by providers, not administrators, they agree the family doctor or a local social agency take the lead in directing it and it should be provided by a Personal Care Worker or a nurse practitioner. There is unanimous agreement palliative care must be included in home care.

The largest barriers to the provision of comprehensive, effective home care are seen to be a lack of political will and a lack of funding. Some say a genuine effort is being made but that progress is incremental and difficult to discern. Many also see providers as being out of touch with patient needs, and the fact that administrative functions are taking up valuable operational funds.

There is wide agreement that recent funding for home care is more about electioneering than trying to solve a genuine problem, that it is a service all Canadians should expect to rely on, but can’t at present, that this situation demonstrates the failings and incompetence of governments and that current wait times are completely unacceptable.

Members recall more Conservative advertising aimed at seniors than from other parties, but they agree the NDP features the best platform for seniors.

The Liberals continue to lead in member voting preference, trailed by the Conservatives. The NDP is in third place. Despite this, members are more likely to expect the Conservatives to win the next election than they are the Liberals, although the gap between the two leading parties is beginning to narrow.