Carol In Your Corner: What if I Have to Leave my Home? - CARP
Join Donate Sign In 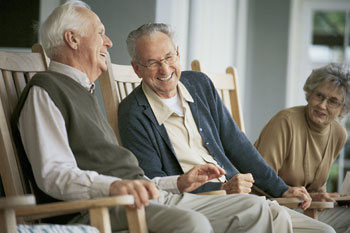 Question: What if I have to leave my home? if I can no longer afford it; If I can’t manage the stairs, or need help with my medications; if I have to give up my car – what do I do, where do I go?

These are real questions that need real answers for real people. Most of us avoid even thinking about them until we realize that vague ideas won’t help – specific planning is required. The following are stories people have told us, with names and some details changed to protect their privacy.

Pauline is single and has worked all her adult life. Only one job offered a private pension plan. When she was down-sized she was required to turn it into an RRSP. Subsequently, during two periods of unemployment she had to dip into those funds, reducing them seriously. After several months, some of which was covered by Employment Insurance, she did find work and although her salary was moderate, at best, she did try to save. At 66 she retired. For the past several years she has been living in a co-op in a major Canadian city. She has been paying market rent, but as this is a non-profit co-op, the rent has been reasonable for a working person.

Why a co-op and why this one? “I really like the sense of community. That’s the main reason I came here,” she said. “It’s very well run by an elected board of directors, I’m a member of a committee, my neighbours are friendly, and I’m close to shopping and public transportation.   However, with only CPP. OAS and a small amount of GIS, I am dipping into the small amount of savings I have left, and I am worried I won’t be able to keep paying the rent much longer.”

The co-op does have apartments where rent is geared to income, and Pauline is on the list. It’s a long list, and the fact that she lives in the building does not give her any advantage.   The list for community housing elsewhere in the city is even longer. Getting a job to supplant her income is almost impossible, given her age and some chronic medical problems. As her savings are further depleted, she will be eligible for more GIS, but with government funding for affordable housing so far behind the necessity, Pauline – like so many others – can only wait, and worry, while trying to continue enjoying the environment she loves.

Evelyn came to Canada in 1949 as a war bride. She and her husband lived in various parts of Ontario, finally moving to Toronto, to a well-run rental apartment. Although she had worked on and off during their married life, bringing up two children, her husband was always the main bread-winner. She is now 85. 15 years ago her husband, who had planned to work several more years in order to continue building their retirement funds, was hospitalized for what was supposed to be a ‘routine procedure’. However, something went very wrong, and after his health deteriorated for several months, he died.

She considered a mal-practice suite, but the lawyer she consulted advised that this would be very expensive, and asked “Do you want to spend the next ten years of your life fighting this issue?”   Her answer was ‘no’. Left to grieve, and suddenly required to handle unfamiliar financial arrangements, she felt overwhelmed; she was badly served by her financial advisor at the time, and before she realized what was happening her savings had been seriously reduced.

She changed advisors, downsized, moving into a smaller apartment. After a few years, with her rent constantly increasing, and her old car no longer worth keeping, she realized she would have to move again. Adept at searching on the Internet, it still took three months before she found an apartment she could afford – barely – in an area where public transportation is available. These were important elements. Without a car she needed to be able to get groceries, go to her dentist, her doctor, and – when funds permitted – go to a movie with friends.   Although her arthritis has worsened, requiring her to use a cane, she is able to use Wheel-Trans, another plus in her decision to re-locate within the city limits. Although she is trying to make the best of things, she still misses her old life, in her former neighbourhood. Like her, many of her friends there are no longer as mobile as they used to be, thus reducing contact and opportunities for casual get-togethers that good neighbours enjoy.

Louise married young, had three daughters, and unfortunately, was widowed in her 50’s. She lived for many years on her own in the area known to Montrealers as The Lakeshore. She managed well until her late 60’s when she began to notice memory problems. The family began to detect a more serious problem in her late 70’s, when her ordering of events was not logical, her thoughts were not always rational and her writing began to deteriorate. She continued to live on her own until her early 80’s. However, her three daughters lived far away, on three continents, and although they phoned her and each other regularly, and visited as often as possible, they realized they would have to find ways to help her stay in her own home. However, her confusion increased and at the same time she resisted help from “strangers”, making this increasingly difficult.

Always capable and strong-willed, she agreed to move to a facility where she would receive needed care, but insisted on choosing it, herself. However, this was a mistake, as they were not able to supply the care she need and insisted she move; the same thing happened several times and each move was more traumatic than the last. Almost at their wit’s end, the sisters found a professional to help in the search, but even she was taken in by Louise’s appearance at first, believing her to be much more capable than she actually was.

Finally the consultant found the home where Louise is living now, also in a town on the Lakeshore. It looks like an extended family farmhouse, small and comfortable, with nothing institutional about it. The staff is small, but they are all friendly, welcome visitors, and seem to take a personal interest in the 15 or so residents.   Louise’s daughters have found two women who come in three times a week for four hours each, to keep her company, and they pay extra for this.

The residence takes Louise’s CPP and OAS, and slowly her savings are being depleted. The doctor comes weekly, but if a resident has a high fever, for example, the residence is not equipped to take care of this, and the patient is immediately sent to the hospital. “This winter”, one of her daughters related, “Mom may not have survived if I hadn’t jumped on a plane to get to the hospital. She wasn’t eating and was unresponsive. For some reason, the hospital staff insisted on calling her by her maiden name. For someone who has Alzheimer’s, who hasn’t used her maiden name in 67 years, no wonder she wasn’t responding! They put her food tray out of reach and she was too weak to hold a spoon, anyway. So, let on her own, how could she eat? I coaxed her to try a little butterscotch pudding, and she loved it. She also has been a coffee lover from way back, and that got her drinking. A day later she was out of the hospital: walking and talking.”

The three daughters manage their visits so that one of them is there almost every month. A cousin and his wife visit once a week and another friend as often as possible. It was a struggle to find the right place, and just as hard to witness the deterioration of a once vital, busy, capable woman; they are playing it day-by-day, hoping for the best.

Whatever the situation, whatever kind of move someone feels it’s time to make, a checklist is essential. Whether it is to a smaller home, apartment or condo; a senior’s residence; a life-lease or land-lease; assisted living, nursing home, or a co-housing opportunity, what are the things that concern you the most?

As for the building, itself, you will want to know about safety features, such as:

Many seniors’ facilities have a dedicated floor for those residents who began their stay able to take care of themselves for the most part, but over time have acquired health problems which require much more care. In the words of one of our interviewees, “you need to find a place that can change as you change.”

In Ontario, The Care Guide (thecareguide.com) provides extensive information about seniors’ housing. In other provinces, start with www.seniors.gc.ca with links to provincial and municipal services and organizations.