Poldark Poll S1E7: Will Ross Be Able to Forgive Demelza for the Damage She’s Done? 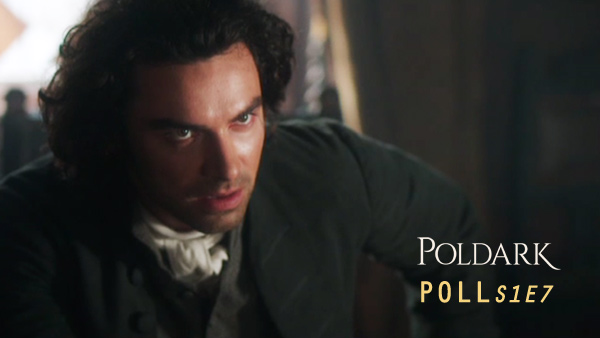 Well, it has finally happened. After much covert, secret activity, Verity (Ruby Bentall) has left Trenwith to marry Captain Blamey (Richard Harrington) despite the loud protests of her dear, yet over-reactionary brother, Francis (Kyle Soller). On the surface, he can’t help but blame Ross (Aidan Turner) for Verity’s bold move, even if all the evidence is not in front of him.

What is not known to Francis is that it was Demelza (Eleanor Tomlinson) who endeavoured to see if Verity and Blamey could still be in love following an ugly, Poldark family-instigated, parting of ways. Even though Verity first questioned the notion of she and Blamey having a future, she eventually realized that marrying the Captain would give her the chance to live a life that she desired: one filled with spousal love and admiration.

Francis’ ignorance has resulted in him tossing ill-advised rage in the direction of Ross. Unfortunately, this causes an immeasurable rift between the cousins. In fact, Francis sees so much red, he chooses to share the names of the shareholders in Ross’s Carnmore company to competitor George Warleggan (Jack Farthing) – a banker that subsequently opts to cause these men serious financial harm. This move of vengeance instigated by Francis has ruined many men and brought Ross’s business to a crashing halt.

Before the dust had a chance to settle after these explosions, Demelza informs Ross that she visited Francis to set the record straight. Perplexed by this gesture, Ross curiously wonders why Demelza felt compelled to do this. It is at this time where Ross learns about his wife’s well-intentioned, yet repercussion-filled role in trying to bring Verity and Blamey together. 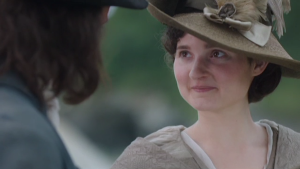 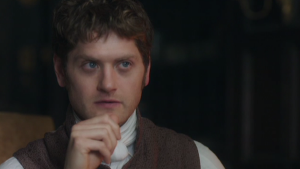 Ross: “You’ve been passing letters between them the last three months? Tell me you’re joking.”

Demelza: “No Ross, I wish I were…but, there’s more. It was I that first sought Captain Blamey out. I wanted to see if he still had feelings for Verity or [was] as wicked as people did say.”

Ross: “And you were able to define that in a single meeting?

Demelza: “Not in a single meeting. I brought them together. I encouraged Verity.”

Ross: “What have you done?”

Ross is clearly furious with Demelza over her “utter disregard for truth and consequence” and bewildered as he attempts to explain to her the destructive domino effect her actions have caused. 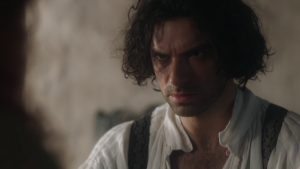 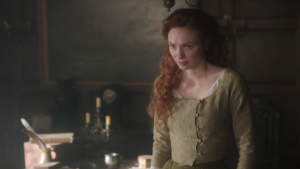 As Demelza pleads for forgiveness and apologizes profusely for the trouble she’s caused, Ross is unsure where to go from this point. He’s not ready to forgive, yet, but he isn’t acting rash and ushering Demelza out of his life.

Now that Demelza’s role has been revealed and the Poldark family sits in shambles, do you think Ross will be able to forgive Demelza for the damage she’s done?