Poldark Poll S1E8: How Will Ross Combat the Corrupt Hand of Justice? 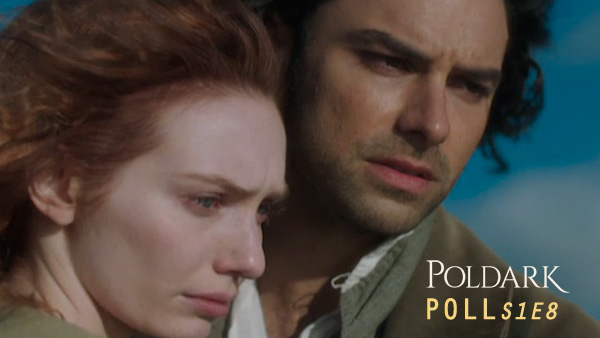 As Ross (Aidan Turner) and Demelza (Eleanor Tomlinson) steadily move to get past the actions that led to Verity (Ruby Bentall) exiting Trenwith, all is not well outside of the home. Ross’ Carnmore smelting company gets thoroughly trampled by the Warleggans at a copper auction, affectively rendering it dissolved. What’s more, Francis (Kyle Soller), Elizabeth (Heida Reid), their son Geoffrey Charles and the family’s servants have all been stricken with the dreaded Putrid Throat.

When informed of the ghastly illness taking hold at Trenwith, Demelza can’t help but feel compelled to go and help the family survive what can be a fatal sickness. With Ross away on business, he is not there to stop Demelza’s good-natured heart from heading into a very infected, unsafe environment.

Upon arriving at Trenwith, the health of Francis, Elizabeth and Geoffrey Charles is coming apart at the seams. But, alas, Demelza is determined to get them back on the mend, a move that’s proven to Francis that despite conflict, families still need each other in times of struggle. 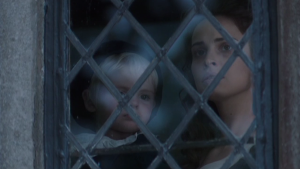 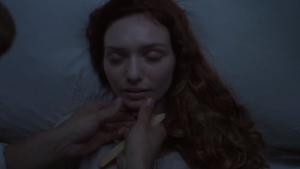 Once at home the following day, Demelza informs Ross of her visit to Trenwith, which initially causes him great frustration. Soon, however, he understands the significance of Demelza’s decision to help the family. Unfortunately, this good deed went punished, as Demelza soon shows symptoms of the Putrid Throad – as does her and Ross’ daughter, Julia.

Despite the best efforts of Dr. Dwight Ennis (Luke Norris), Julia succumbs to the illness, as Demelza struggles to make it through. As his wife slowly recovers, Ross notices a Warleggan ship has wrecked and alerts fellow villagers. Considering the poverty gripping the community and the beautiful bounty of food and supplies thought to be on the ship, Ross and company meet at the beach and begin to haul goods out of the water. Although no one is breaking any laws by doing this, the Warleggans offer a lawman a bribe to ensure that Ross is prosecuted for his actions.

As the beach gets chaotic at nightfall, Ross discovers Matthew, a Warleggan cousin and a passenger of the sinking ship, dead on the shore. With the scene out of control, Ross heads home to tend to Demelza, before  unfortunately having to relay the tragic news about Julia. 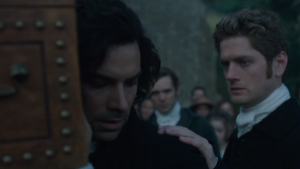 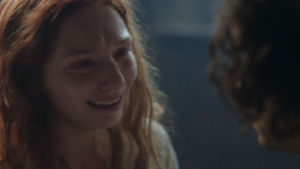 At daybreak, Ross is back at the beach surveying the scene. Amidst the debris, George Warleggan (Jack Farthing) approaches Ross.

George: “I was sorry to hear of your loss. The world is a darker place without her.”

Ross: “And a brighter one without [Matthew.]”

George: “Could you have saved him?”

George: “You insist that we are enemies, when in fact we have much in common and could be allies.”

Ross: “God forbid I should ever be so desperate.”

Clearly irked by this exchange, you can sense the look of forthcoming vengeance in George’s eyes. If there was ever a chance of him calling the law away from Ross, it just washed away. 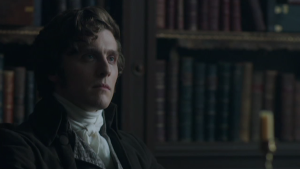 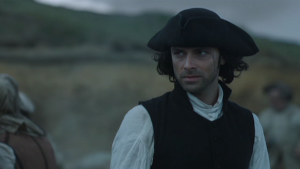 Near the home front, Ross and Demelza together say goodbye to Julia by allowing her bracelet to be carried off in the wind. As the two discuss making amends with Francis, officers greet Ross and tell him that he’s being arrested for wrecking, inciting a riot and murder. Flabbergasted, Ross figures it was George who had these charges levied upon him.

With such odds stacked up against him, how do you think Ross will combat the corrupt hand of justice and get back to Demelza and the rest of his family?

Thank you for watching VisionTV’s encore presentation of Poldark season one! The program’s second season is currently in production.