Getting Social with Queen Elizabeth II & the Royal Family 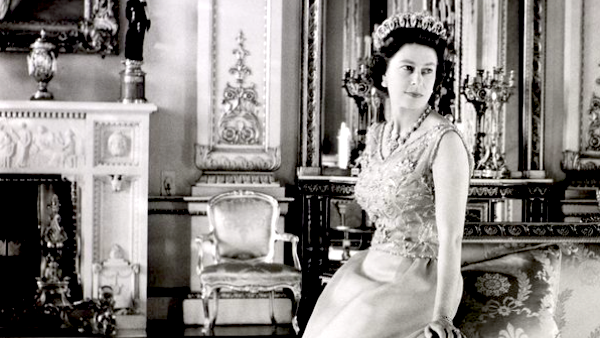 On April 21, Queen Elizabeth II will celebrate her 90th birthday! To mark the occasion, an elaborate, four-night event will be hosted at Home Park Private, Windsor Castle from May 12-15. Put together by the team behind 2012’s Diamond Jubilee Pageant in Windsor, this event will be attended nightly by members of the Royal family, while Queen Elizabeth II is scheduled to appear on May 15.

“Over 90 minutes, 900 horses and more than 1,500 participants from around the United Kingdom and the World will create a joyful event for The Queen,” reads an official description of the occasion. “The 90-year journey will take us from the excitement of the birth, through to World War Two, her marriage, the coronation and a reign of more than 60 years. The Celebration will use horses, actors, bands and dancers to tell the story.”

On April 19, VisionTV will air its very own tribute to Queen Elizabeth II in the form of three special pieces of programming: “Cameraman to the Queen,” “Great War House: Blenheim Palace,” as well as the Academy Award-winning film, “The Queen,” starring Helen Mirren. 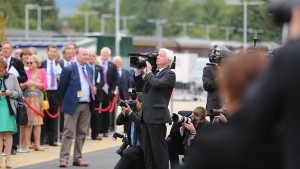 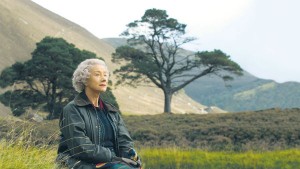 “Cameraman to the Queen” offers fascinating insight into the work of royal cameraman Peter Wilkinson, someone who has been present at the Queen’s public engagements for 18 years. This documentary highlights his unique relationship with the monarch and captures his work during a state visit by the Chinese president, at a royal garden party at Buckingham Palace, on a visit by the Queen to Essex, and in Scotland on the momentous day when the she became the longest-serving monarch in British history.”

“Downton Abbey” creator and writer Julian Fellowes is on a mission to find the true stories behind the greatest of Britain’s houses. He aims to uncover the personal stories hidden behind the walls and discovers that these are not just places for posh people to live in – they hold the history of all of us.

After the death of Princess Diana, Queen Elizabeth II struggles with her reaction to a sequence of events nobody could have predicted. Helen Mirren, Michael Sheen and James Cromwell star in “The Queen.”

Ahead of her astounding birthday festivities, we wanted to share with you some of the most gorgeous, inspirational, informative and nostalgic social media posts related to Queen Elizabeth II, as well as Prince Charles, Prince William and Kate Middleton, plus Prince Harry.

Queen Elizabeth II is the fortieth monarch since William the Conqueror obtained the crown of England #HM90facts pic.twitter.com/A2WLHNWiva

In 1960 The Queen became the first reigning Monarch to have a child since Queen Victoria #HM90facts pic.twitter.com/Jyk4Qu1Bf8

The Duke of Kent views The Queen's uniform from when she served in the Women's Royal Army Corps pic.twitter.com/79l572fvI8

Princess Elizabeth was known as 'Lilibet' as a young girl. In turn, she nicknamed her sister 'Bud' #HM90factshttps://t.co/wFzBSW0ar8

The Queen has visited 117 countries, travelling at least 1,032,513 miles during her reign #HM90facts pic.twitter.com/Lmp7fGMCMC

"Growing up, having this figurehead, having this stability above me has been incredible"
The Duke on Our #Queenat90 pic.twitter.com/HK4LS4iFsj

TRH were very touched and invited him to their hotel before last night's Charity Gala #RoyalVisitIndia pic.twitter.com/05YSC1Q35O

TRH arrive at the Bollywood Charity Gala which is raising funds for @MagicBusIndia @CHILDLINE1098 and the Door Step pic.twitter.com/Gzfr8izJ20

TRH were treated to an amazing Bollywood dance performance at the Gala #RoyalVisitIndia pic.twitter.com/1VX1LMCZyV

“I said to my mother…do you realise that when you reach 90 I shall have known you for 68 years, she had to laugh"https://t.co/xFYtnESteZ

Queen Mary's Dolls' House is one of our most beloved attractions at #WindsorCastle. See how we care for it #PeopleMWhttps://t.co/LRYFFC3nls

TRH followed Gandhi's last footsteps and paid their respects at the place he was assassinated #RoyalVisitIndia pic.twitter.com/EILBEqDfD6

This morning The Duke and Duchess visited the Salaam Baalak Trust in #NewDelhi #RoyalVisitIndia pic.twitter.com/kOwcllr7En

Since 1952, The Queen has personally held over 660 Investitures #HM90facts pic.twitter.com/bwNyio2RVK

A beautiful day at Windsor Castle for Changing the Guard! pic.twitter.com/lcyQI7yVr9

In 1976, The Queen became the first Monarch to send an email, during a visit to an Army base #HM90facts pic.twitter.com/sZRxqgH7iK

The Queen is a keen photographer and enjoys taking photographs of her family #HM90facts pic.twitter.com/9K49AJpYcx

Prince Harry joined @TeamRubiconUK at the end of his tour to Nepal to support their earthquake-relief project pic.twitter.com/tD6XZhpvcX

Prince Harry has shared his favourite photos from his official tour to Nepal.