The Crimson Field Question from the Front S1E6: How Will Sister Joan’s Love Story End? 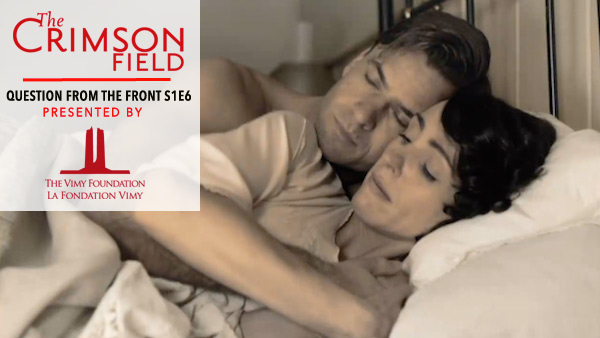 During a time of war, the idea of who an enemy really is, can sometimes not be as clear cut as people want it to be. For Sister Joan (Suranne Jones), her time in France has been courageous for the work she’s done and marred by the knowledge that the love of her life, Anton (Stephan Luca), is viewed as an enemy strictly due to his German background.

After Sergeant Reggie Soper (Jeremy Swift) previously caught Sister Joan in the company of Anton, her loyalties became immediately questioned by commanding officers and fellow nurses alike. Little did they know about Sister Joan and Anton’s pre-war love story; little did they know that she hadn’t planned on encountering him when she did. The world brought them together, now the military aims to tear them apart.

“I know how it looks, but it really isn’t how it looks,” explains Sister Joan when being questioned by Colonel Purbright (Adam James) regarding her actions. 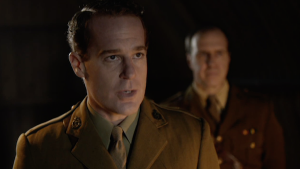 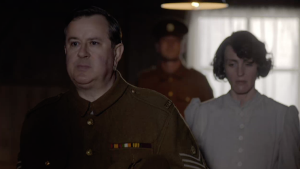 Of course, Colonel Purbright suspects that Sister Joan is serving as a spy, due to her connection with a German soldier. As much as she tries to explain the circumstance to the by-the-book Colonel, he still views Sister Joan as someone who aided the escape of a German prisoner of war.

“Any person who treacherously holds correspondence with, or gives intelligence to the enemy, shall on conviction of court martial, be subject to death,” emphatically states Colonel Purbright. “Do you now understand the situation you are in?”

Sister Joan does understand – she understands that no matter how much she attempts to explain her thought-to-be-harmless actions, Colonel Purbright’s presumption of her guilt will not change. Thus, after an elongated amount of interrogation and a valiant attempt at clearing her name, Sister Joan resigns herself to the dark fate that awaits her. 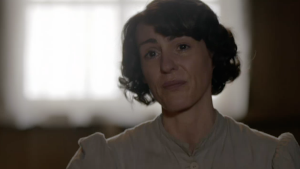 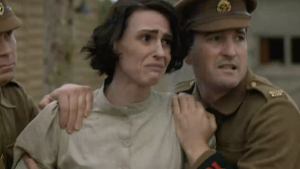 Shortly thereafter, Colonel Purbright attempts to give Sister Joan a way out. All she has to do is give up the location of Anton and hope that the promised lenience offered, actually holds true. But alas, she refuses to assist and is willing to let whatever happens, happen.

As Sister Joan is subsequently being removed from the field, Anton comes racing in upon his motorcycle in a last-ditch attempt to save his love’s life. Almost immediately, he is swarmed by a sizeable group of soldiers.

With both Sister Joan and Anton in holding, an arrangement is offered: Anton can become a spy for the British military and Sister Joan will be sent home and live under supervision. Fearing that Anton would end up dead as a result of this arrangement, she asks him to forgo the offer – she would rather, like him, go to jail for an extensive period of time, than risk his death. 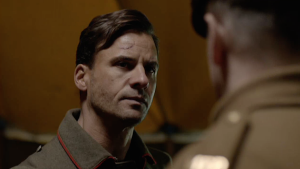 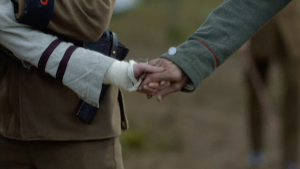 Anton obliges and asks Joan if she will still marry him. Surprised by the timing of the question, Sister Joan enthusiastically agrees to one day become his wife. This may not happen for decades now, but the two are willing to wait.

Once the jail-bound trucks pull up, Sister Joan and Anton prepare to say goodbye for the foreseeable future. Knowing this, they forcefully sneak in a passionate kiss that encourages the soldiers holding them to act franticly and pull the lovers apart.

Although Sister Joan and Anton’s future is about as uncertain as any couple’s long-term future could be, how do you see their love story ending?