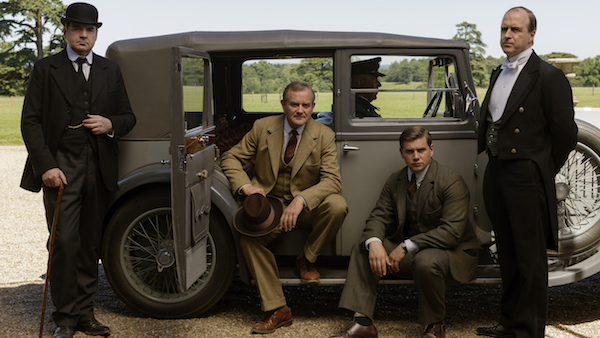 It’s no secret that “Downton Abbey” will go down in the history books as one of the most well written TV series’ to grace the screens of audiences around the world. While it’s easy to pass tons of credit (and rightfully so) to the cast for helping bring those words to life, they first had to come from somewhere.

In a new interview with Deadline.com, “Downton Abbey” creator and principle writer Julian Fellowes opened up about how the scripts came to life.

“I remember I used to have a fault that I would talk about a character and I would think that everything I said about that character was somewhere illustrated in the dialogue, but it wasn’t. One or two critics helped me through that,” explained Fellowes. “But it’s funny, because in America people will always assume there was a writers’ room. It doesn’t matter how many times I say, ‘There was no writers’ room.’ The next time I go on a show, I’ll be asked about what it’s like in the writers’ room, and I have to say, ‘Nothing happens in it. It’s just me sat in front of the computer, typing.’”

He continued: “I would write [the scripts], and then my wife, Emma, would read them and tell me which bits were boring. Then I would send them to the producers, Gareth Neame and Liz Trubridge, and really, we three made the show. They would give me their notes; first general, then another draft, then detailed notes, then another draft. Nobody in the world would see those scripts before the end of that process, and then after that process, hardly anything would change. Once we were a success, which was in the first year, everybody left us alone.”