50 Ways to Kill Your Mammy S2E6: Avoiding Disaster &amp; Drifting Away in Japan 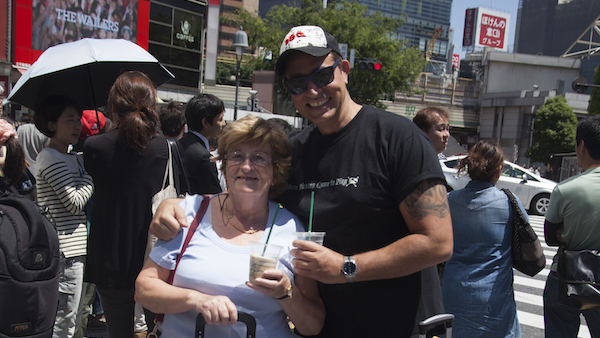 Leading into this, the season two finale of “50 Ways to Kill Your Mammy,” Baz had taken Nancy on some wild adventures all over the world. To complete their second foray of unforgettable stunts in foreign lands, the duo visited Tokyo, Japan. In the world’s biggest city (of 35+ million people!) there is certainly a lot to take in and explore.
Upon arrival, Baz and Nancy do not drop into the lap of luxury. Rather, they check-in at a capsule hotel, a place generally reserved for economical tourists and stranded businessmen. Gone is the bedroom motif; in are walls of single-person sleeping quarters that would prove nightmarish for those with claustrophobia.
Before attempting to rest in one of these capsules, Baz and Nancy enter the Life Saving Learning Centre, a place designed to prepare and educate residents in the event of an earthquake or typhoon – natural disasters that commonly happen in Japan.
First up, it’s the typhoon room. Here, Baz and Nancy dawn full-body rain suits and hold onto metal bars for dear life. Why? Well, because once in this room, water and winds begin to rage, offering quite the realistic simulation of such a storm. While the pair may have had to white knuckle it to not blow away, both felt that this exercise was no worse that waiting for a bus in Ireland on a bad weather day.
As for the earthquake simulator, that one proved to be more challenging. In this space, Baz and Nancy were seated at a kitchen table just before the room started to violently shake. Once this happened, both had to crawl under said table and avoid the debris and falling furniture in the room. Baz, in particular, couldn’t believe just how intense and tough it was to seek refuge during such a scenario.
After a hard day of surviving simulated disasters, Baz and Nancy spend their first night in the capsules. Nancy’s tiny frame has no trouble adapting to her sleeping space, but the same can’t be said for Baz. While we never saw a shot of him sleeping in the room, chances are it would’ve looked like a tall man trying to stuff himself into a suitcase. 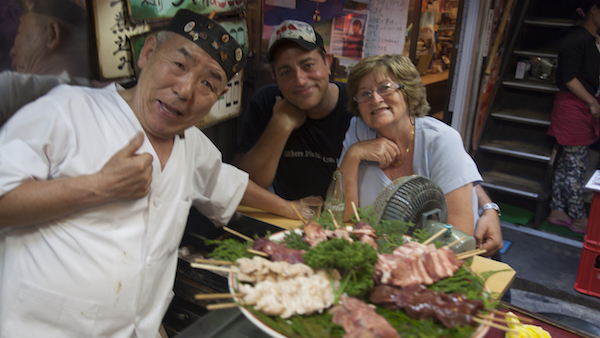 The next evening, Baz has signed Nancy and himself up for a stunt that he’s wanted to do for 20 years: drifting. For those unfamiliar, drifting is an illegal form of street racing where drivers move at high speeds and dangerously attempt to get their cars to drift along roadways at odd angles.
Nancy briefly experiences the high-speeds that a drifting driver can achieve and is almost immediately disinterested in getting in the car for an actual drifting session.
“Your dream is my nightmare,” says Nancy to Baz as he tries to justify to her why he wants to jump into a drifter’s passenger seat for a ride.
Conflicted, Baz briefly struggles with deciding whether or not he should get in a car and go for the gusto. But, with Nancy tucked away in a van out of sight, Baz – against his Mammy’s wishes – goes for a drive. His adrenaline rushes through the roof, but so does Nancy’s vehement disapproval once it’s revealed that he ignored her pleas. Following a brief butting of heads, the two let bygones be bygones.
By daylight, all seems back to normal for Baz and Nancy. With his Mammy in decent spirits once again, Baz takes her for a Harajuko style makeover with a renowned stylist. After getting all fixed up in some of the best local fashion, Nancy can’t help but laugh hysterically (but positively) when a mirror is first put in front of her. Absolutely delighted, Nancy is ready for a photo shoot on the streets of Tokyo. As people zip by and photos get snapped, Nancy’s confidence soars.
The next day, Mammy is handed the controls and promptly decides to get Baz and she out of the capsules and into the Mandarin Oriental Hotel, an incredibly posh place with an immaculate view of the region. Amazingly, the hotel’s manager is Scottish and upgrades Baz and Nancy to one of the hotel’s finest suites. Fantastic!
For their final night in Tokyo, Baz planned the “biggest, scariest and meanest” stunt yet: entry into an illegal gambling den run by the Japanese mafia. Actually, that’s just what Baz tells Nancy. In reality, she is being thoroughly pranked.
All men involved are actors and how the evening would play out had already been properly planned and rehearsed. But, as far as Nancy knew, she had to go head-to-head in a Scrabble match against a dangerous mafia member. Lots of money and  an impressive samurai sword would be her prize, if victorious. 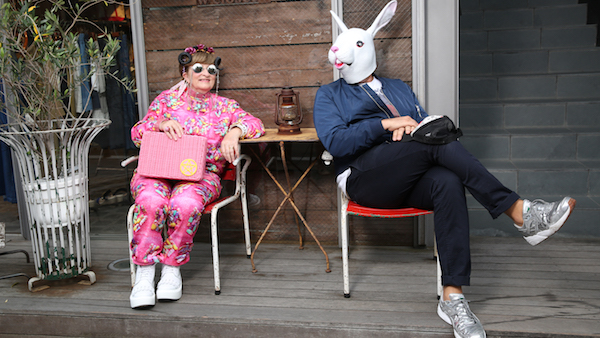 Throughout, Baz expected Nancy to eventually crack or become panicked by the suspicious nature of the event. However, brief temper tantrums and shady behaviour by the supposed mafia members didn’t faze her. Instead, she kept her eye on the prize, eventually winning the match.
After stuffing the prize money in her purse and grabbing the sword, Nancy stood outside with Baz concerned that one of the mafia members might come and seek some measure of revenge. This, of course, didn’t happen. Instead, Baz brought Nancy back in the building for the grand reveal. Nancy had a good chuckle as the fear she was holding onto slipped away. Relieved and happy, Nancy has conquered Tokyo.
As for Baz, he remains in absolute awe of his Mammy and their adventure together: “This journey, she thinks she’s the lucky one. She honestly does,” explained Baz. “She’s not the lucky one; I’m the lucky one. I get the privilege of travelling the world with my mom.”
-Adam Grant