Songs of Freedom: How Spirituals Connect to the Slave Era 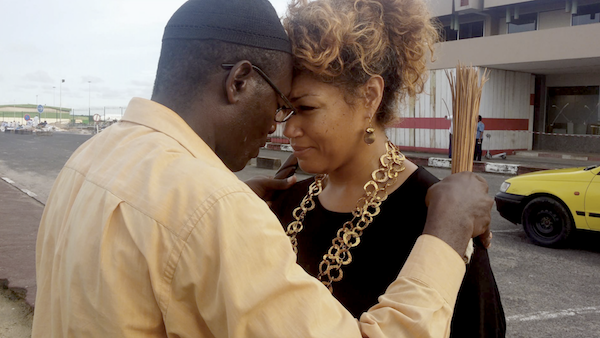 This Black History Month, VisionTV is proud to share an encore presentation of the award-winning music documentary, “Songs of Freedom with Measha Brueggergosman.”

In this film, Brueggergosman brings viewers on her quest to learn more about her family’s storied lineage, which stretches from Cameroon, Africa to Canada’s Maritimes. What’s more, the acclaimed soprano performs her favourite freedom songs, pieces of music that “emerged from Africa via the slave trade to America, then to Canada via the United Empire Loyalist migration and the Underground Railroad.”

VisionTV will be airing “Songs of Freedom” twice in its entirety this month (Monday, February 13 at Midnight ET/9pm PT and Tuesday, February 14 at 9pm ET/6pm PT), as well as in a four-episode version that’ll run Fridays from February 3-24 at 10pm ET/7pm PT. 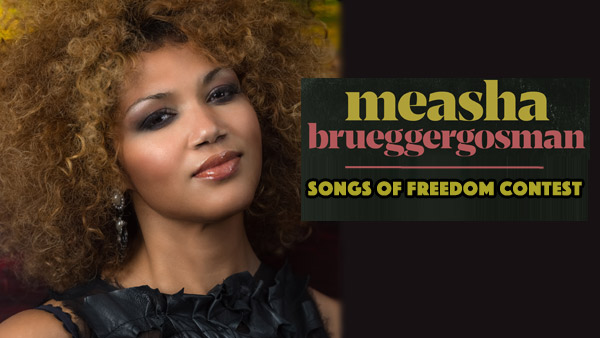 Brueggergosman recently released the “Songs of Freedom” album, “a collection of songs about emancipation, family, faith and discovery.” If you’d like a copy, enter here for your chance to win the CD! Contest closes Wednesday, February 22 at 11:59pm ET.

To get you set for the second episode of “Songs of Freedom,” Calvin Earl, a writer, lecturer, composer and the ambassador for the legacy and teachings of African American spirituals and the oral history of the slaves, opens up about the history of spirituals and how the songs connect to the slave era.

Calvin Earl: For thousands of years, human beings from around the world have sought comfort and connection. We build communities and seek safety, comfort and guidance through different practices like mantras, religious beliefs and non-religious practices; it was no different for the African slaves first arriving in the North American colonies in 1619. Throughout history and until 1865 when legal slavery came to an end in the United States, slaves were only considered three-fifths human. They were not allowed to have a voice, which made it difficult for them to have that essential outlet we all need to release our fears and burdens. They were not afforded the time or place to worship, build community or seek comfort and safety, so they created an original music to fulfill these needs. Slaves carved a place in history by creating the original music we know today as spirituals.

Spirituals are a rare and distinctive type of song, a song of the human spirit created by enslaved Africans in and on their way to the United States. Spirituals are the voice of slaves expressing their own humanity through song. The true essence of any spiritual is that sacred inner voice of a slave seeking to connect with the source of all creation and to tell their story and have their very existence avowed. This music encouraged the slaves to stay focused on freedom, because the songs affirmed that one day it would belong to them. These songs encompass a gut-wrenching universal cry for freedom that all humanity seeks across time – the emotion is pure, raw and unadulterated. 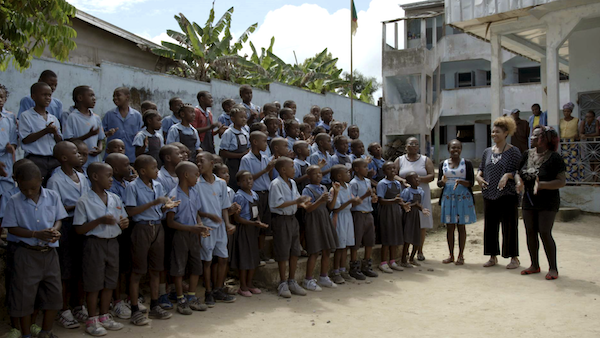 One of the most powerful emotions to drive humanity is our deeply rooted yearning to have our voices heard and acknowledged. By connecting to each other through song, slaves were able to heal their pain, teach their young, record their history and communicate life-saving messages. Literally speaking, the lyrics of many spirituals facilitated secret conversations between slaves without alerting their masters and arousing suspicion. Slaves often used spirituals as a tool for navigation and advice about the Underground Railroad, a 19th century network of paths and safe houses in the United States that led escaping slaves to freedom in what would become Canada.

According to Frederick Douglass and Harriet Tubman, both escaped slaves and leaders of the abolitionist movement, it was widely known to slaves that north of the American border was a refuge from slavery. Spirituals had a dual meaning for slaves as both a guide to the Underground Railroad and to life. For instance, in the spiritual “I’m on My Way to Canaan Land,” the word “Canaan” not only meant Heaven, it also meant north and specifically it referred to the British colonies that became Canada. Once across the border, former slaves and their families continued to sing the songs of their ancestors, and the songs were passed down orally through the generations. As new members of the community in places like Upper Canada, escaped slaves introduced these songs to the local culture.

If you listen to the lyrics, most spirituals refer to death or crossing over into an afterlife where slavery doesn’t exist; the secret meaning behind this told slaves, “If you use the Underground Railroad, you don’t have to die to remove yourself from slavery.” That is true for “Swing Low, Sweet Chariot.” The secret code in this song is the word “low,” which referred to the Deep South. In other words, the song was saying, “Lift me out of the South and out of slavery and carry me to freedom in the North.” 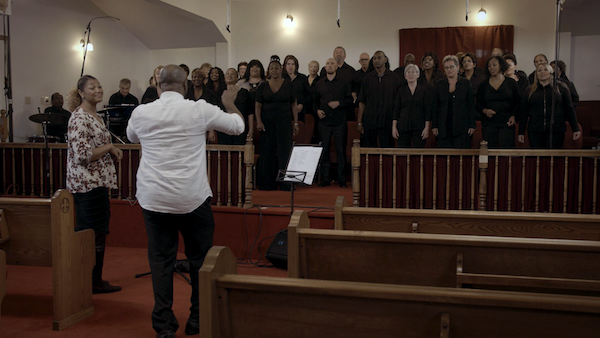 “Go Down Moses” was a forbidden song for the slaves, as their masters knew it was a song about escaping slavery. The slaves connected with the Biblical story of Moses leading his people to freedom. The song enlivened and inspired enslaved people and made it harder for their masters to control them. Harriet Tubman, who became known as the Moses of her people, would often defy her masters and sing that song at the top of her lungs.

The spiritual “Wade in the Water” is filled with specific instructions for escaping slaves. For an example right from the title, the song was providing a tip, telling escaping slaves that if they could wade in water, the hound dogs that slave masters sent out to find them wouldn’t be able to pick up their scent. The spiritual “Deep River” has a similar theme. In it, the Jordan River is code for the Ohio River; if you could get across the Ohio River you could live in freedom.

When the Emancipation Proclamation became the law of the land in 1865, American culture underwent major transformation, and several years later that also became true for the spirituals. The musical art forms of jazz, blues, R&B and gospel began to appear, and all of these genres found their inspiration and foundation in the original sound of the spirituals. Gradually, the spirituals themselves were sung less and less frequently. 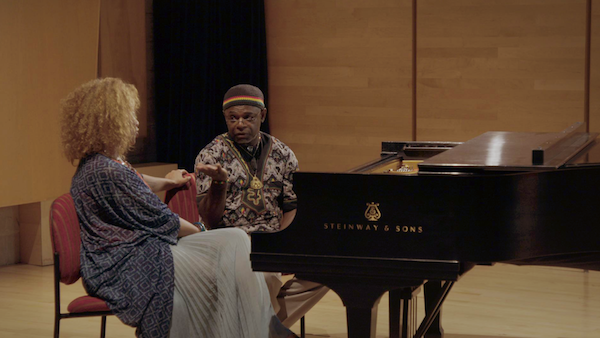 As the years passed, the spirituals were transformed into a musical performance genre under the direction of Ella Sheppard, a former slave who eventually became choir director of the Fisk Jubilee Singers at Fisk University. Fisk, a historically black college in Nashville, Tennessee, provided educational opportunities to former slaves so they could better equip themselves to become prosperous citizens. The school was facing financial problems, and so with great trepidation and deep concern for the integrity of the spirituals, Sheppard finally made the painstaking decision to transform them into a choir format to save the university. With that, the Jubilee Singers, a nine-member student chorus, brought the spirituals to a world audience, which allowed them to send money back to the college during tours. It is important to note that any written musical arrangement of a spiritual is not authentic to the original intention of this musical genre, since by definition spirituals are passed on orally, but Ella took great care when reinterpreting these songs.

I learned to love the spirituals during my humble beginnings. I grew up extremely poor, in a sharecropper’s cabin with eight siblings. We didn’t have running water or indoor plumbing, and too many times we went without food. We moved frequently because my parents couldn’t afford rent; however, I vividly remember the first time I played a spiritual on my guitar. In that moment, the fears I had went away and I felt secure within myself. The stigma of growing up poor seemed to disappear. Each time I played, the spirituals made me feel whole again. 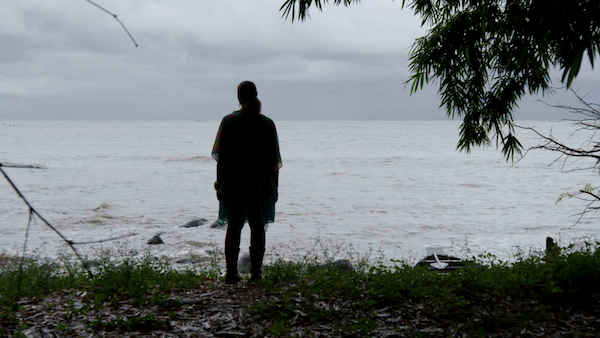 What inspires me most about the spirituals is that the slaves created this magnificent music in the midst of their own despair while in bondage. Their music was their voice. It was a vision of hope and courage beyond measure. As a descendant of slaves myself, I feel an overwhelming sense of pride in the slaves’ musical accomplishments and their contribution to building a nation. For me the spirituals taught me to never give up. When someone tells me I can’t do something, I refuse to accept that outcome. Instead I go within and listen to my heart.

Today I continue to do concerts and lectures on this subject, and welcome people to visit my website calvinearl.com for further information on the history of the African-American spirituals.