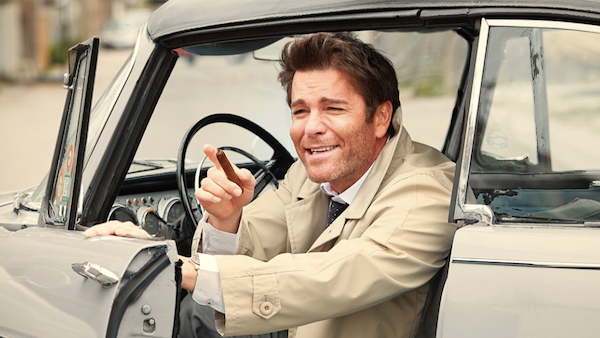 Now in its 13th season, “Murdoch Mysteries” is currently one of the longest running, most enjoyed, Canadian series on television. With a charismatic and snazzy star like Yannick Bisson leading the charge, it is no wonder that the series has had the ability to stay interesting for audiences.

When discussing his role of Detective William Murdoch for the November 2017 cover story of Zoomer Magazine, Bisson spoke about the influence a number of old school, on-screen crime fighters had on his “Murdoch Mysteries” character.

“When I was building my character, I definitely took Columbo into account,” admitted Bisson. “And ‘[Agatha Christie’s] Poirot’ and a bit of James Bond and a bit of ‘Barney Miller,’ too. And I’ve said this a million times… I built the character with exactly those [inspirations] in mind.”

“Murdoch’s kind of all of us really,” noted Bisson in the same interview. “He’s our collective best selves on our best day. I wish I were as cool as him, as sensitive, or as smart, or as insightful.” 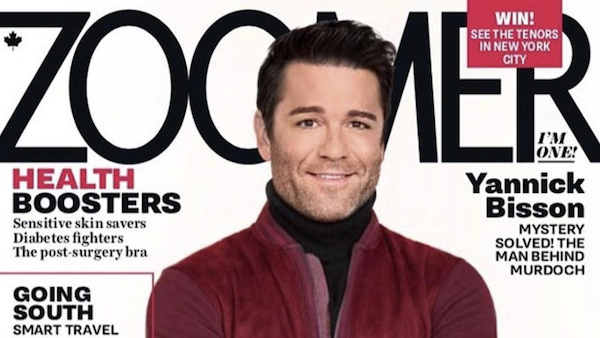 While many of us immediately connect Bisson to “Murdoch Mysteries,” the 48-year-old actor has been working in the industry since the 1980s. Yes, there have been small roles or bit parts many of us wouldn’t immediately recognize, but Bisson also experienced a lengthy run with TV series “Sue Thomas: F.B. Eye.” What’s more, he’s had sustained roles in shows like “Undergrads,” “Soul Food,” “Falcon Beach,” plus movies “Casino Jack” and “Crazy for Christmas,” to name a few.

Just one more thing: thanks to his family life, Bisson has always felt compelled to keep a proper perspective on how he approaches his career choices.

“Family motivated me to work – to do other things to supplement my income, to develop myself as a person in other ways,” explained Bisson. “But also when I did have work, to be extremely grateful for it and to work hard and to also choose carefully. Having a marriage and children, you weigh those choices differently. 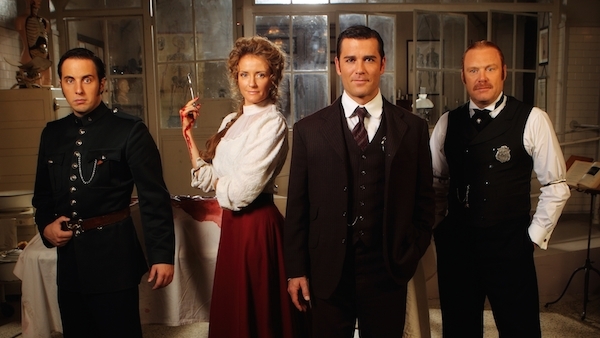 “Murdoch Mysteries” can be seen weeknights on VisionTV at 6pm ET/3pm PT!

Also, “Crazy for Christmas” can be seen Thursday, December 7 (9pm ET/6pm PT) on VisionTV, as part of our 4 Weeks of Christmas slate of holiday-friendly programming. Click here to see which other ho-ho-holiday movies will be coming soon to the nation’s Christmas station!

Super excited to share some behind the scenes shots of my @zoomermag layout. It’s on newsstands and online today! I got to act out some of my favorite detectives I watched growing up. What a blast. Watch for the @etalkctv segment about it tonight as well. Thanks to everyone who contributed. Even @shantellebisson has her say about putting up with me 😜Thanks @natashankpr @suzanneboyd_ and all the gang for a great shoot😘📸@ccphotophoto the shooter