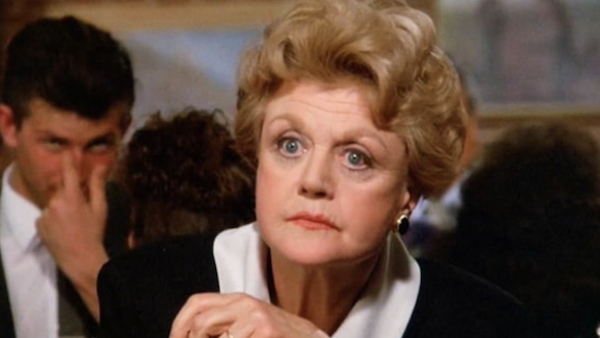 To say that the great Dame Angela Lansbury is merely an expressive actor could be deemed a criminal understatement. As the intrepid writer-turned-detective Jessica Fletcher in Murder, She Wrote, Lansbury is incomparable in the many looks of shock, awe, and sublime satisfaction her character wears as she weaves her way through twelve seasons of mystery and murder.

VisionTV has been the proud Canadian broadcast home of Murder, She Wrote for almost a decade and, like you, we continue to be fascinated, thrilled and thoroughly entertained by the charm, wit, suspense and many a-ha moments in this feel-great, classic series. Whether you’re watching an episode for the first time or for the tenth, Lansbury and her curious, steadfast alter-ego Fletcher, will draw you in for a twisty, turn-y ride every time.

As a powerhouse thespian in theatre, film and television since the early 1940s, Angela Lansbury has been honoured and recognized for her superb work by the Academy Awards, Emmys, Tonys, BAFTAs, Golden Globes, Grammys and more. Recently in 2017, she was honoured with the coveted Eurovision Rose D’Or Lifetime Achievement Award.

Now, we’re virtually bestowing her with an honorary Giffy Award, for being one of the most GIF-able stars in the Hollywood universe. Here are 10 of our very favourite, lovingly created GIF animations of Jessica Fletcher and more Murder, She Wrote moments.

1. How all amateur sleuths feel in the third act of every MSW episode.

via GIPHY
2. “You’re going to wear that to jail?

via GIPHY
3. “There are three things you can never have enough of in life, Lieutenant: chocolate, friends and the theatre.”

via GIPHY
Sometimes you gotta check out the competition.

via GIPHY
“Are you thinking what I’m thinking Jonathan? Not even Magnum P.I. could’ve cracked this case.”

via GIPHY
“This solving murders thing is really tough on the ‘do.”