Fun Facts About Peter Falk and The Iconic Investigator Columbo 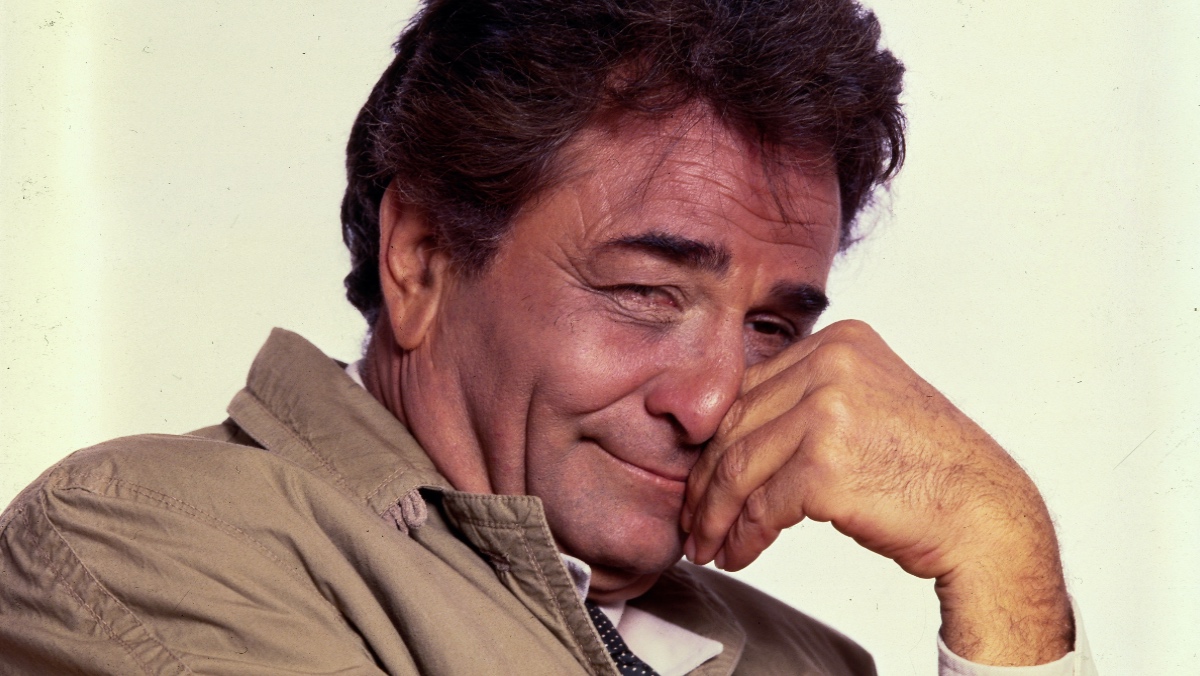 “Oh, just one more thing.” He didn’t always say it exactly like that but, that is the trademark catch phrase of the one and only iconic investigator in the rumpled raincoat, Lt. Frank Columbo. Every time Columbo turned to leave after questioning someone then, turned back to utter that turn of phrase, we knew he was on to the culprit.

It’s been 53 years since Columbo’s first crime scene and his first appearance on our TV screens. The legendary befuddled but brilliant detective, expertly played by Emmy and Golden Globe winner Peter Falk, is still a perennial TV favourite all these years later. Alzheimer’s sadly took Falk’s life in 2011, but he lives on in the beloved detective character he created for us to watch piece together a mystery and have loads of fun doing it.

Speaking of loads of fun, Peter Falk shared a talent with his on-screen counterpart of being able to make an audience hang on his every, long-winded but hilarious, word. Here’s Falk’s very funny acceptance speech at the 1972 Emmy Awards.

We’ve gathered some fun and fascinating tidbits from the series that you may not know or may know if you consider yourself a true “Columbo Connoisseur”. Take a look and make sure to catch Columbo in action Thursdays at 8pm ET on VisionTV. 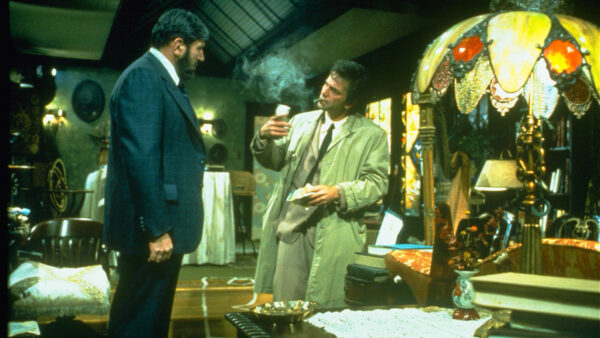 The iconic coat was said to be 25 years old, and certainly looks it! Many of the Lieutenant’s wardrobe pieces were Falk’s own clothes that he used for his character, which helped create authenticity and trademarked a classic disheveled look which no other TV detective was known for at the time.

Falk’s second wife, Shera Danese, played a total of 6 roles in 6 different episodes, with her most notable being a conspiring attorney. She was also allowed to sing the song that was the major hit for the murdered star. 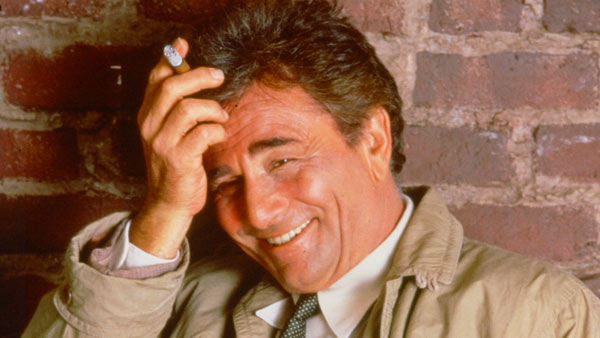 The actor was given leeway to veer off-script with improvised lines, gestures and mannerisms, which helped develop the character of Columbo as a down to earth and realistic working detective. Whether it was interrupting a suspect to throw them off balance or coming up with trivial bits of dialogue, it certainly made a scene and its characters seem all the more real.

4. Bing Crosby was considered for the role of Columbo.

A post shared by Spinning My Dad’s Vinyl (@spinningmydadsvinyl)

The famous crooner was thought to be a perfect fit for the role of Columbo in the early conception of the series by its creators. Crosby ended up turning down the role, not wanting to be tied down to a network television schedule. Thankfully the part went to the best man for the job!

5. There’s a Columbo statue in Hungary.

There’s been much debate about why exactly a statue of Peter Falk as Columbo was put on a street in Budapest. Eventually, fans dug into the rumoured family relation between Falk and 17th century Hungarian politician Miksa Falk, which has not been definitively proven.

6. Peter Falk had a glass eye that led to Columbo’s signature squint. 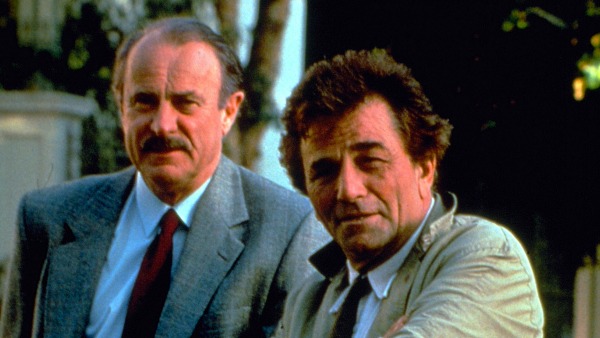 Columbo’s famous one-eyed squint wasn’t an acting choice, but rather a condition of Falk’s glass eye he had from childhood cancer. He was often told he wouldn’t be able to work in television or film because of it, and set his sights on theatre previous to being cast as Columbo.

The legendary director got his start in the business directing the first episode of Columbo at 25 years old. Falk even voiced some initial doubts about the newcomer taking on the job, but eventually was quite impressed he was with the young director’s standout talent.

8. Columbo’s first name was mistakenly shown on his badge as “Frank”. 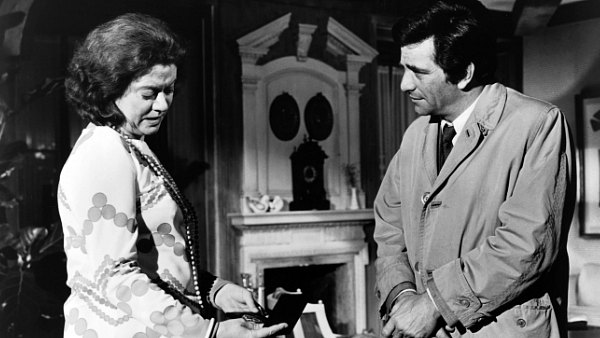 According to the series creators, Columbo’s first name was never written into any script, and was never intended to be anything other than “Lieutenant”. But fans noticed that a shot of the detective’s badge in the episode “Dead Weight” listed his first name as Frank. It turns out it was just a mistake by the wardrobe department. Oops!

9. Peter Falk was the first actor to be nominated for an Oscar and an Emmy in the same year.

While it’s common for actors these days to find success in both television and film, Peter Falk was somewhat of an anomaly back in 1961. He received nominations for his role in the film “Murder, Inc.” and the TV series “The Law and Mr. Jones” that year. The following year, he also received an Oscar nomination for “Pocketful of Miracles” and won the Emmy for “The Dick Powell Show”. Two very successful years for the actor!

10. There were protests in Romania when Columbo ended for the season in 1974. 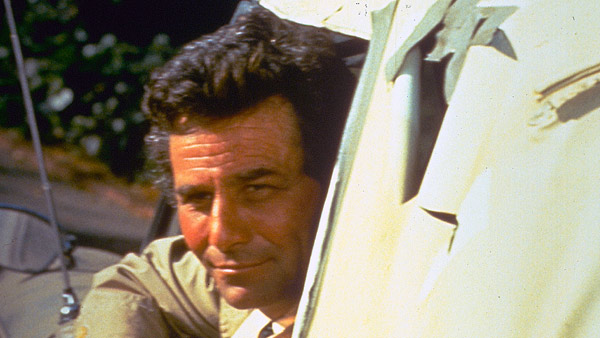 Columbo was so huge in Romania that when it abruptly stopped airing twice a week after the season had ended, protests erupted. Peter Falk was called on by the Romanian goverment to make an announcement to assure the Romanian people that more episodes were on the way.