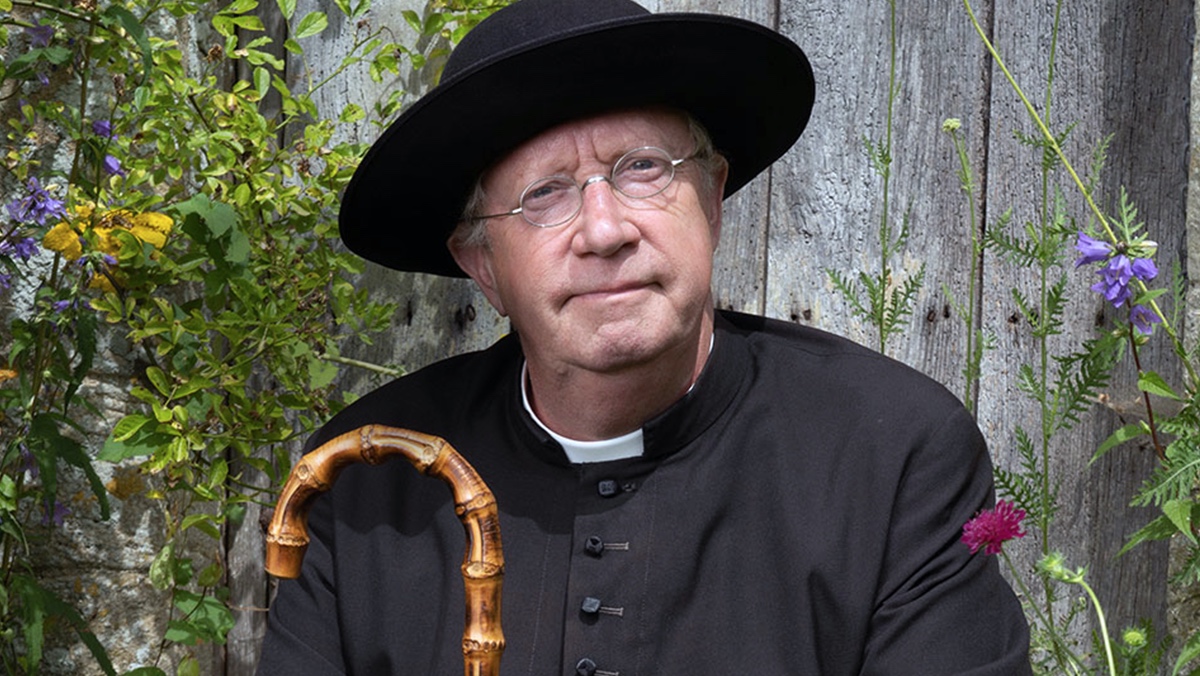 Our lineup of brilliant and intrepid detectives expanded this year to include none other than Father Brown! Watch the Holy man in investigative action Mondays to Fridays at 3pm ET on VisionTV.

If you’re unfamiliar with the titular character of Father Brown, played by Mark Williams (Arthur Weasley in the Harry Potter franchise), he’s a crime-solving Catholic priest who uses his uncanny knowledge of the criminal mind to solve mysteries in his Parish. Based on the stories of G K Chesterton, the series is a set in the English countryside in the 1950s, a perfect, cozy setting for the over 100 mysteries the talented theologian has solved throughout 9 seasons to date. 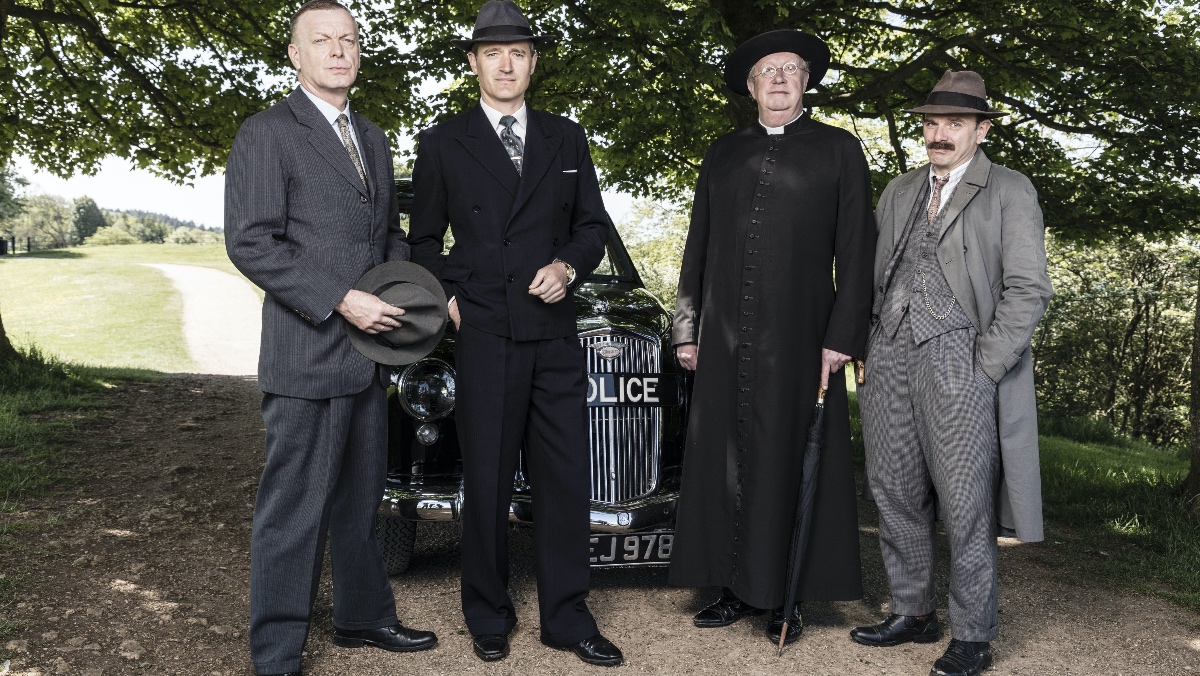 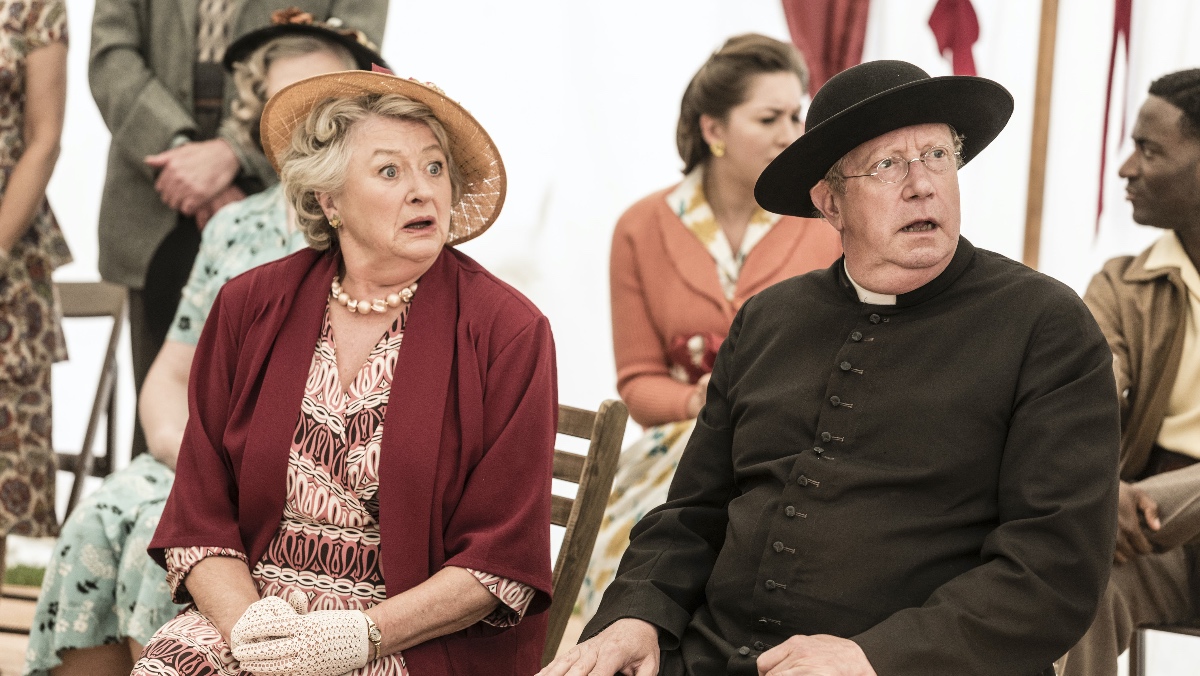 Now coming up on its 10th season on BBC, Father Brown is a staple among fans of British mystery series. The character himself is a lovable sleuth known for his humour, compassion and sharp intellect. “Father Brown is a man of faith, and he tries to live by that,” said star Mark Williams in a 2020 interview with journalist Kate O’Hare. “And as G.K. Chesterton knew when he set out to write a detective who was a man of faith, that it’s not just an intellectual exercise, not just a crossword, to solve a crime.” 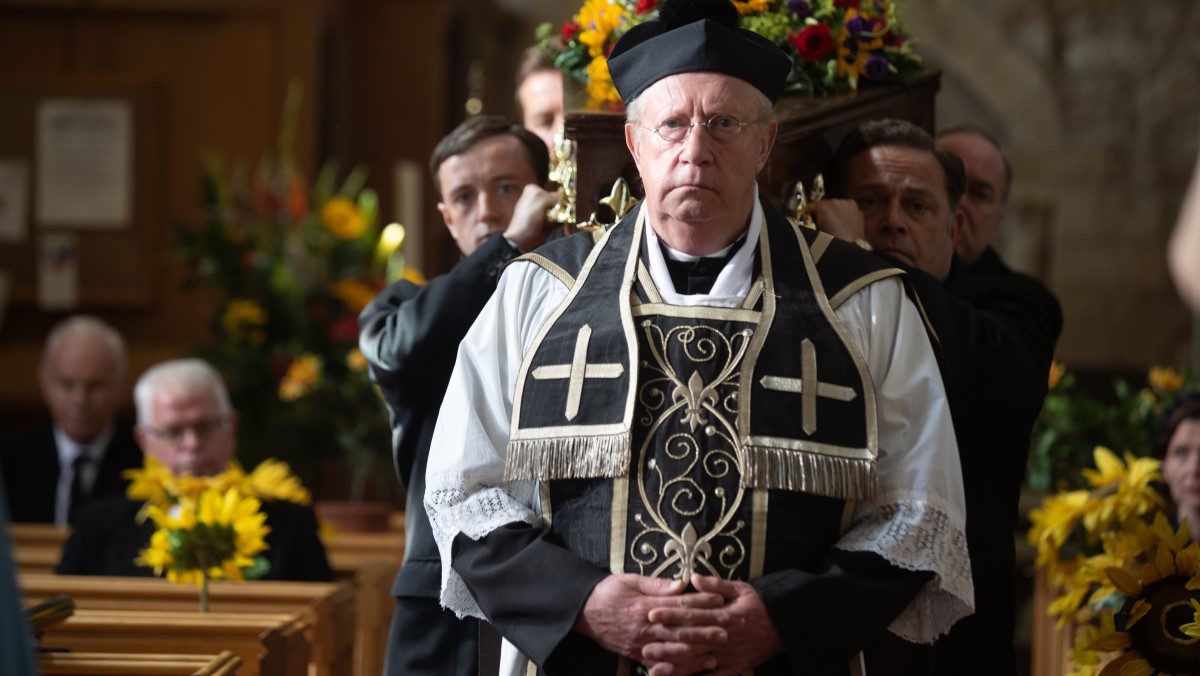 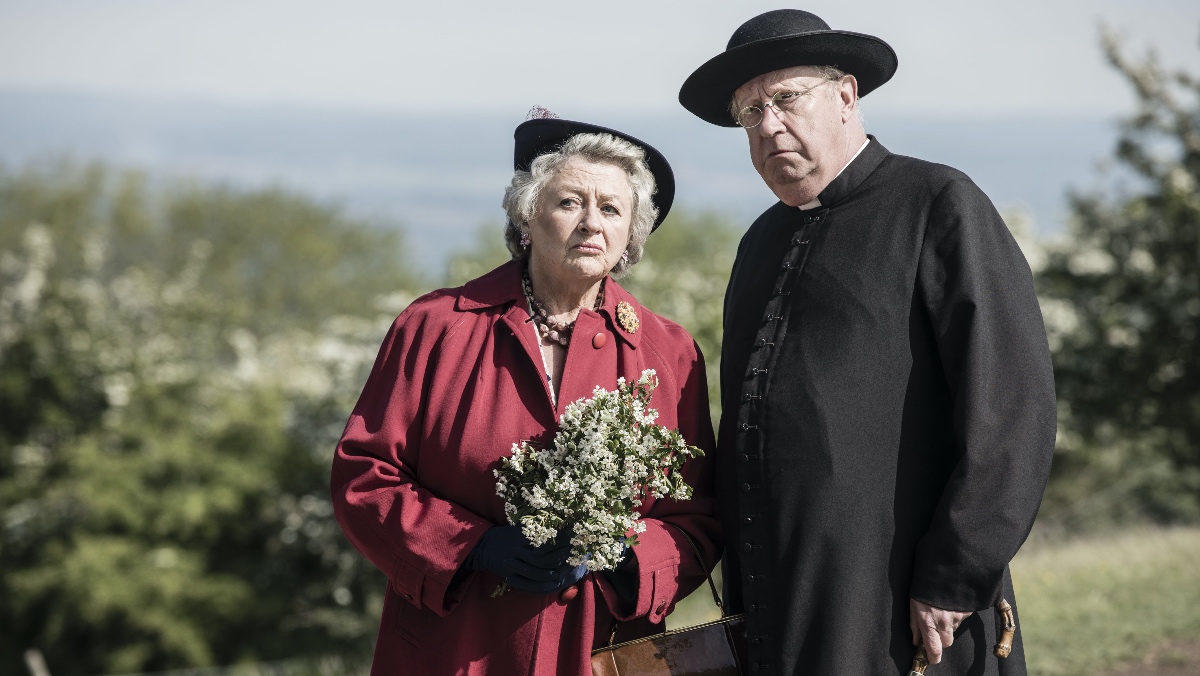 “It is about somebody’s soul, about later on in life. That makes everything much more important. The stakes are so much higher. And that has a bearing on his attitude towards both the criminal and the victim. It’s a much richer relationship he has with the crime.”

In Father Brown’s 9th Season premiering on VisionTV July/Aug. 2022, the village of Kembleford is struck by major murders at a local camp and Lady Felicia’s New Year Masked Ball. Father Brown faces more pressure than ever to unmask the killer while newcomer Lord Hawthorne is determined to get him kicked out of the parish. Along with Sid and Sergeant Goodfellow, Father Brown must also dig into the confounding case of a kidnapping while prioritizing his strong sense of duty to his parishioners. 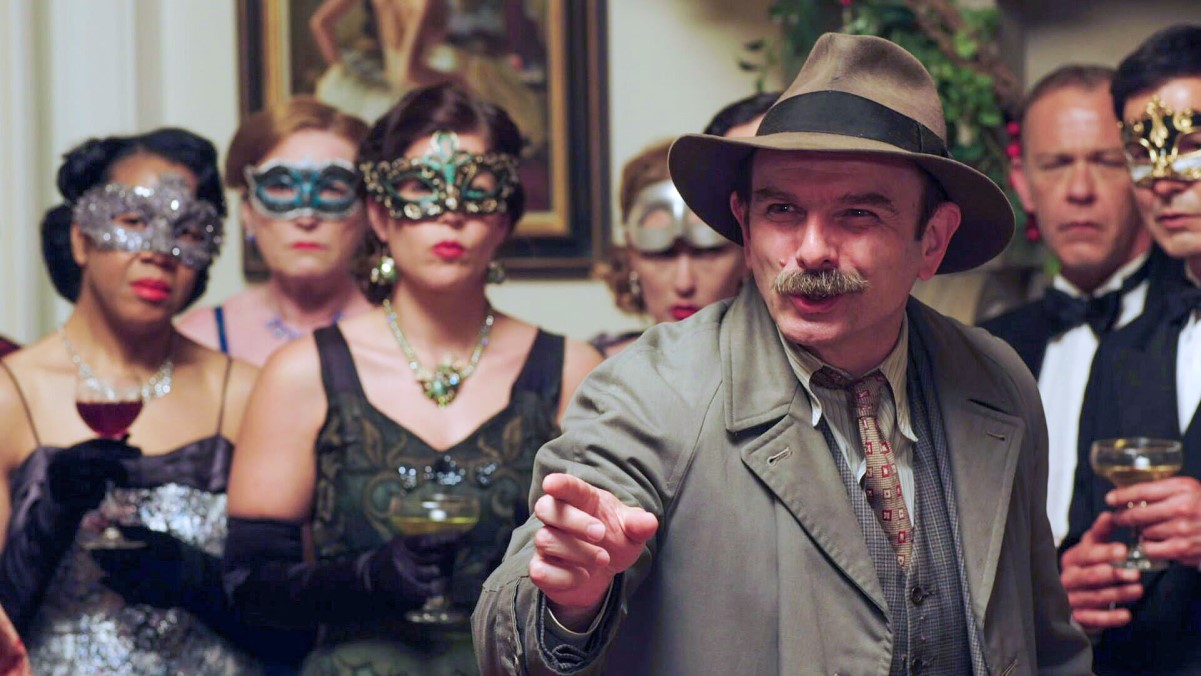 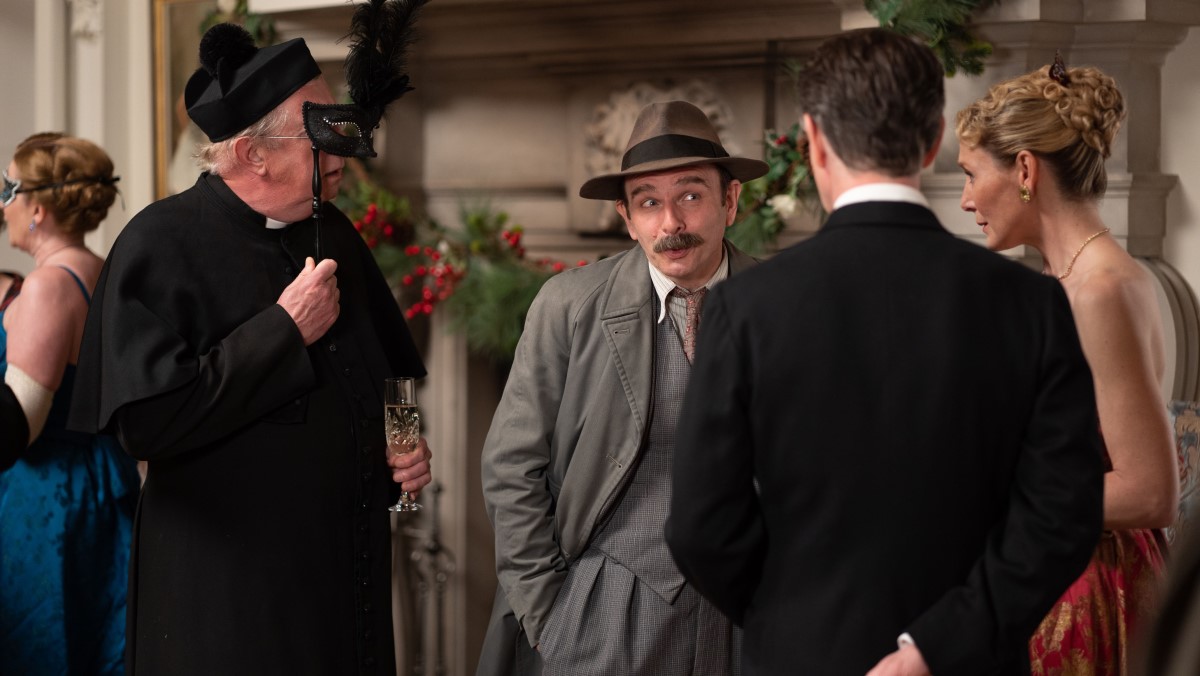 “We love telling our stories as much as the world loves watching them,” says Williams. “A modest, warm daytime drama that achieves one hundred episodes and global success. Who’d have thought it?”

If you have yet to enjoy the many mysteries of Father Brown, you’re in luck! Starting September 2, we’re airing the full series from the beginning Mondays through Fridays at 3pm ET / Noon PT. And if you’re a fan of the spinoff series Sister Boniface Mysteries, a fan favourite character from Father Brown, you can dig into our encore of Season 1 Mondays at 8pm ET starting September 12. Season 2 of Sister Boniface Mysteries will premiere on VisionTV in early 2023.

Catch our premiere of Father Brown Season 9 Mondays at 8pm ET through Sept. 5 on VisionTV.