What are the parties doing, or not doing, to protect pensioners? - CARP
Join Donate Sign In 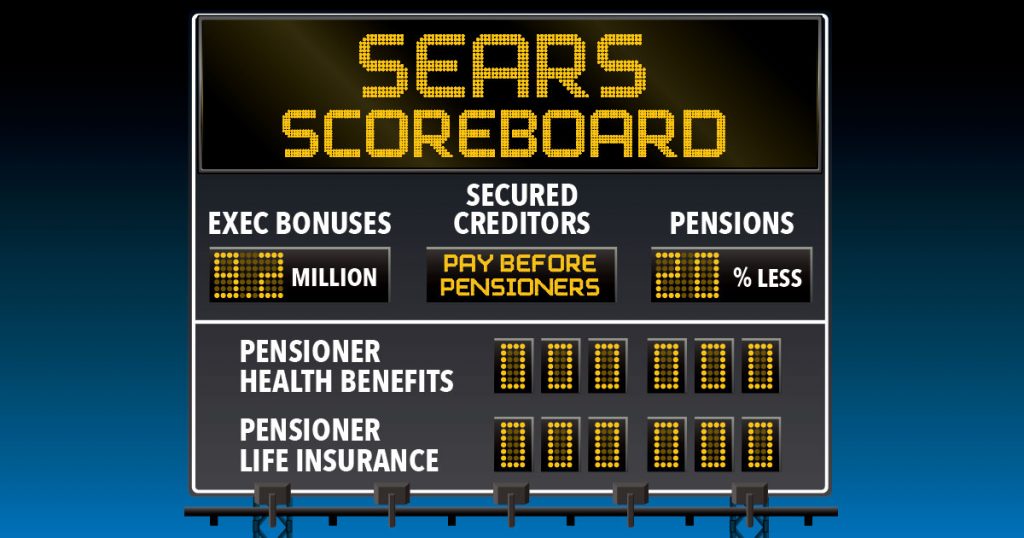 December 2017 – What is each party doing to protect pensioners since CARP launched its Put Pensioners First Campaign in August? Here’s a recap of what’s happened since Sears Canada announced it was paying executives millions while walking away from underfunded pensions and eliminating health benefits.

The NDP and Bloc

The NDP and Bloc Quebecois both introduced private members’ bills to move pensioners at the front of the line when remaining assets are paid out. The current law relegates pensioners to the end of the line.

He issued the following statement:
“Too many Canadians have lost their dream of a dignified retirement after working hard for thirty, forty, sometimes, fifty years. After the collapse of Nortel, Stelco/US Steel and now Sears, it is time for Parliament to act and support workers and their families.” For full statement, click here. “I call on all parties to cooperate to find solutions.”

In 2008, the Conservative government developed the Wage Earner Protection Program (WEPP) to protect workers when employers became bankrupt or are subject to receivership. But it didn’t go far enough. It only protected current year pension contributions – and not the pension deficit. That’s why, even with WEPP Sears pensioners stand to lose at least 20% of their pension. In response to CARP’s campaign, the conservatives expressed interest in talking to the NDP about their proposed bill but no action has been taken.

In 2009, the Liberals vowed to change bankruptcy laws. Michael Ignatieff said that Liberals are committed to changing bankruptcy laws “so that you are not left at the back of queue in insolvency and bankruptcy. It’s not right; we agree with you.” But they have since done nothing. In response to CARP’s campaign to Put Pensioners First, the Minister of Innovation, Science, and Economic Development, Navdeep Bains, said he is open to discussions but is taking “no action.” Why isn’t the Government showing leadership on this issue?

Please click to call your MP and tell them to take concrete action to move pensioners to the front of the line. Let them know we won’t let pensioners get swept under the discounted Sears rug.

Update: Wow, what an amazing response! We’ve made hundreds of phone calls to MPs so far asking them to step up and protect our pensions. Now we want to hone in on the Liberal members of the Finance Committee, who have a majority on the committee and could study and introduce changes to bankruptcy law.