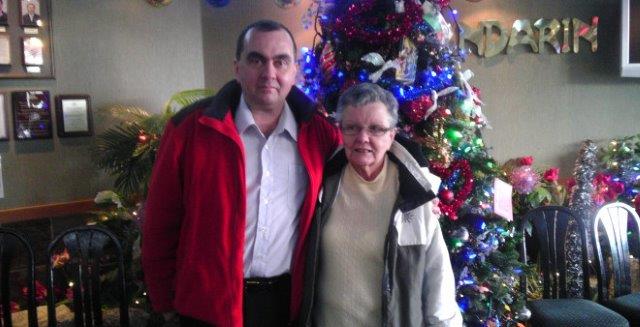 It was on a visit to his mother that Todd noticed that something was wrong. Unpaid bills were scattered about and her usually tidy house, was in complete disarray.

Todd had a rewarding career working for the Republic of South Korea as an ESL teacher. The distance permitted rare visiting opportunities with his mother who lived in Toronto. In his 50’s, Todd was looking forward to the next phase of his life. It never occurred to him that his plans would include acting as a full time caregiver to his mother.

Todd’s mother was 80 years old when she was diagnosed with Alzheimer’s and Dementia, a debilitating disease that steadily worsens as time goes by. Episodes of forgetfulness, weakened muscle memory on top of her existing conditions of COPD, coronary heart disease and arthritis made it impossible for Todd’s mother to live alone.

He was concerned that accessing private healthcare would liquidate all of his mother’s savings which meant the only option was to quit his job and move in with his mother as her caregiver. He acts as her advocate when she can no longer speak for herself. He makes daily activities like going to the bank and grocery shopping into events that will keep his mother engaged and he lies to her each morning, telling her she is going to work in order to encourage her to get dressed. For Todd, it is like raising a child in reverse order.

Though Todd did have access to some personal support workers, there was not enough support to meet his mother’s needs. He had no idea where to turn, finally relying on social services to get some relief. His mother would become extremely agitated if anyone but Todd came into the house. His one relief is a support group he has found through the Alzheimer’s society. He was both shocked and relieved to learn that his situation is not uncommon.

The emotional toll of watching his mother deteriorate is devastating. Besides the financial hit from giving up a regular salary and pension; Todd is lonely. His entire life has been put in a holding pattern. He rarely gets out of the house.

CCAC has recently provided a Personal Support Worker for 6- hours a week allowing Todd a minimal amount of time to himself. When he recently played golf for the first time in over a year, he says, “I didn’t even know how to talk to my friends, I was giddy and awkward. “ As Todd puts it, “Having a day off is golden, you feel like you are breaking out of jail”.

Over the years Todd has remained as his mother’s primary caregiver, turning down 3 job offers and a quarter of a million dollars in income. What other choice does he have? He firmly believes an expansion of EI compassionate care would have helped or a government stipend to assist in paying professional caregivers even if only to give Todd some breaks. With no end in sight, he is at great risk for caregiver burnout.

When he hits the wall, Todd calls the crisis line at CCAC but it is a band-aid solution to a larger issue. We believe it is time to take a firm stand, so people like Todd don’t have to chose between their loved ones health and their own life paths.